Robotic Fabrication: A look at “Fiber Syntax” and “Woven Clay”

The second Rob|Arch 2014 conference, initiated by The Association for Robots in Architecture, held a series of talks and workshops focused on robotic fabrication in architecture, art, and design. Several of the showcased projects have developed robotic fabrication techniques inspired by traditional applications of ceramics and weaving.

The “Fiber Syntax” workshop, led by a team of researchers (Marshall Prado, Moritz Dörstelmann, Ondřej Kyjánek) from the Institute for Computational Design (ICD) at the University of Stuttgart in Germany, used robots to create beautifully intricate and lightweight fiber composite structures.

An article and video were released to accompany the workshop presenting a robotic fabrication technique on “core-less filament winding” that creates geometrically complex forms with a high load bearing capacity that could be used in a range of building projects.

At a basic level, the process involves creating a design sequence of “fiber-fiber interaction” in which the “winding syntax” refers to the systematic sequence of fiber placement. The form of each structure materializes as fibers are pressed against previously wound fibers insuring tension.

While low-tech versions of “fiber syntax” can be made using hand wound models or CNC-controlled machines to produce more geometrically complex forms, Prado’s team uses two synchronized Kuka KR60 6-Axis Industrial Robots (operating as one 12 axis robotic system) for the winding of the fibers. The robot fabrication process allows the team to “wrap a large number of points quickly and efficiently” and alleviate need for the core or mandrel in the winding process.

Also at Rob|Arch 2014 was a talk by Olga Mesa on “Woven Clay” by a team from the Harvard Graduate School of Design.

While 3D printing with with clay for use in ceramics is currently possible through commercial 3D printing services like Shapeways, Scupteo and Ponoko and has been explored using customized RepRap machines and desktop 3D printers (CeraJet, Building Bytes, Studio Under), these techniques have not yet easily scaled to meet the needs of larger building and design projects. The Woven Clay research group reported that they could create 18” X 18” ceramic panel in 8 minutes using their robotic fabrication technique.

Woven Clay from robotsinarchitecture on Vimeo.

The video documents the group’s fabrication technique for a robotic clay coil extrusion process that “weaves” large panels out of clay. The team created a “layer upon layer” contoured 3D printing technique for clay that creates lattice patterns along the surface of the printing bed. As they explain in their paper, “The patterns attempted to leverage inherent properties in the clay while taking advantage of the control, size and speed of using a 6-axis industrial robot.”

Toolpaths are generated using Grasshopper output. The Bspline curves are offset from the contoured printing surface by calculating the curvature at each point with a optimized clay deposition speed. Fragility is minimized by maximizing the interwoven overlaps, after factoring in both material porosity and desired end aesthetic. A single layer comprised of a continuous path overshoots the edges of the panel to reduce trimming time and to ensure that the print does not slip from the mold. 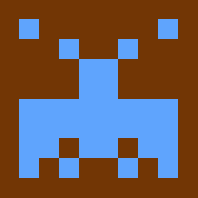