The most successful 3D printing Kickstarter is back with three successors, and the modular concept has remained: the Snapmaker 2.0 is a three-in-one 3D printer, laser engraver, and CNC milling machine. The new Snapmaker A150, A250 and A350 devices differ mainly in size and volume. One of the first advance copies of the Snapmaker A350 reached us for testing, via our sister publication Make: Germany.

The double Z-gantry was necessary because of the considerably larger build volume, and the Y-slide (with the Snapmaker, the workpiece itself is moved instead of the gantry) is now driven by two linear units. The coupling is purely electrical; the stepper motors are simply connected in parallel.

If Apple were to build 3D printers, they would probably be put together just as carefully and attractively as the Snapmaker: All assemblies are individually packaged, each screw bag is labeled, and assembly tools are also included. An assortment box holds the additional parts needed for converting the machine to its different modes. In contrast to Apple, however, it comes with a printed A4 glossy instruction manual.

According to the “Ikea effect,” you value something more highly if you’ve assembled it yourself instead of just buying a finished product. Snapmaker has hit on a good ratio of prefabricated parts and your own contributions; the final assembly is not difficult, but also not too trivial. For the basic assembly (including unpacking!) we needed a good hour; conversion for the respective purposes then takes another 10 to 15 minutes.

The parts are manufactured extremely precisely: all aluminum surfaces are neatly anodized and quite robust, visible for example on the heavy, torsion-resistant die-cast base plate. There’s no comparison with the cheap machines from AliExpress: you won’t find any 3D-printed plastic parts or raw sawn aluminum profiles on the Snapmaker.

The encapsulated linear motion modules are remarkable: A flexible stainless steel strip covers the guide so that no dust or chips can penetrate anywhere. The stepper motors are inside, as are the limit switches. Cabling is limited to a few easy-to-install special cables.

For software installation, you now have to download the control software Snapmaker Luban 3.80 — after you’ve found out that the Snapmakerjs program mentioned in the manual has been replaced by this. Snapmaker Luban is a slicer, G-code player, and CAM program at the same time. It seems a bit overloaded with all these tasks, but more on that later.

For the 3D printer operation, the heated print bed is installed with 22 screws (we found this a bit much) and the filament print head for 1.75 mm filament is held by four additional screws. Suggestion for improvement: A couple of dowel pins would make the calibration of the Z-height unnecessary for every conversion. The pressure bed leveling over 20 points is done very quickly thanks to the integrated distance sensor. Only the last calibration point has to be done manually; a sheet of paper serves as a distance gauge.

It takes about five minutes to heat up the print bed, and printing itself is no problem with Snapmaker Luban. The basic settings did not lead to record-breaking print times, but the results were convincing straight away: the somewhat coarse surface quality at 0.16mm was acceptable except for smaller objects. On the “fine” setting, the Snapmaker creates flawless surfaces — but at the expense of printing time, which doubles because the layer thickness has been halved to 0.08mm.

The filament is fed directly from the spool to the print head. Unfortunately, this has the consequence that during the initial “zero run” individual turns of filament can jump off the spool and get tangled. A simple wire loop mounted at a suitable point would prevent this.

The laser module is a remarkable improvement over its predecessor: Instead of the weak 200mW laser, there’s now a 1.6W diode, which means that engraving work can now be done in a quarter of the time. Don’t expect miracles — even 2mm thin plywood needs two passes to cut it reliably — but the performance is sufficient for cardboard or foil stencils. Incidentally, the blue laser light is not suitable for cutting or engraving transparent materials. Anyone who wants to cut colorless plexiglass still has to resort to a CO2 laser.

A new feature in the laser module is the built-in camera, which lets you position your workpiece with millimeter precision, for example to make an engraving at a precisely defined position. The firmware also uses the camera to quickly adjust the focus after changing the tool head. However, the camera can only be used for positioning in WLAN operation; you have to take a “snapshot” of your workpiece, import it into Snapmaker Luban, and then position your design on it as desired.

For laser operation, the print bed has to be swapped for a laser platform made of four ribbed, black anodized aluminum panels, which dissipate and absorb the laser beam that has penetrated the workpiece. It’s essential to use the protective goggles supplied with the device to operate the Class 4 laser; the laser is bright even from a distance (without glasses) and stray rays can cause serious eye damage.

Compared to the Snapmaker Original, the milling head has been significantly upgraded: Instead of the clumsy drill chucks familiar from mini drilling machines, there’s now a precise ER-11 collet, which is comparable in size to that of small hand-held routers. However, only one insert for 1⁄4” tools (3.175mm shaft diameter) is supplied. The milling spindle has no noticeable play.

The manufacturer specifies a maximum speed of 12,000 RPM, which is just enough for milling and drilling circuit boards. According to our estimate, the DC motor puts out about 60W, but unfortunately there’s no precise information about the spindle. Snapmaker supplies a set of clamps and an MDF worktop that can be easily changed as a “sacrificial” wasteboard.

In contrast to 3D printing, there is (as yet) no automatic leveling, which would be extremely useful for PCB milling, for example. However, thinner boards should be possible with careful adjustment of the milling depth.

We found the supplied MDF wasteboard to be a success (it’s almost too good for that) with a centimeter grid printed on it, and enough mounting holes for the supplied clamps. Thanks to the generous Z-path, a flat machine vise can also be mounted, which makes it easier to clamp smaller parts.

The CNC section in the manual is pretty thin for beginners. A lot of explanation is needed when it comes to machining. Anyone who messes up here is immediately punished with destroyed tools or workpieces.

Milling not only makes significantly more noise than 3D printing, it also produces chips and dust. You should keep a vacuum cleaner within reach, and think about the closed housing as your next purchase, which the manufacturer offers as an accessory. We also missed an emergency stop button, because milling (like laser cutting) is quite prone to accidents; the manufacturer promises this and other “add-ons” are coming soon.

At the moment the CAM support from Snapmaker Luban still looks a bit poor. 3D models from Fusion360 (Autodesk) are supported; the company says that additional G-code post-processors are in preparation. Unfortunately, not much has changed here compared to the software for the original Snapmaker. The tool diameter is not taken into account when displaying the 3D preview (CAM programs for the amateur/hobby sector now manage this), and with some machine settings no G-code is generated at all, with no explanation.

The Luban-CNC-Editor accepts only DXF and SVG vector formats for import, with which parts can be milled or engraved from flat material (2.5D). In addition, you can add rectangles, ellipses/circles, and text in the Editor mode; for all objects, a tool diameter correction (Path configuration) can be added using the Process mode.

The editor does import raster images (BMP, JPG, or PNG), which are then milled as grayscale relief, but real 3D files (e.g. in STL format) or the drilling data important for board milling (usually in Excel Format) cannot be imported. Tool changes during operation are also not provided for.

It’s possible that one common software for all three purposes isn’t the best solution after all: functions and settings that are needed for 3D printing interfere with laser engraving or CNC milling, and vice versa. It’s also a bit confusing that Snapmaker Luban only remembers your settings if you create a new profile for them every time.

The Android-based touchscreen control unit can only be used effectively if no WLAN or cable connection is active; you can’t set any printing or engraving parameters with it during operation. Compared to the four-line displays of many 3D printers, however, these ergonomic touch controls are way ahead in every respect.

All in all, the new Snapmaker 2.0 A350 is a thoroughly successful and excellently crafted device, in which the focus was clearly placed on 3D printing. The cutting and engraving performance of the laser has increased significantly compared to its predecessor, though it can’t keep up with thoroughbred laser cutters. With CNC milling, on the other hand, the possibilities seem limited mainly by the software, so there’s still room for improvement. 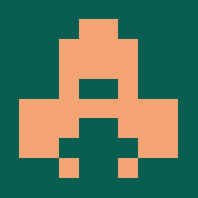