The Future of Farming is Open Source

Farmers are innovators, which is a nice way of saying that they really like to tinker with things. They were hacking complicated machines and developing new technologies long before server farms sprouted up and cloud computing reigned. Despite the fact that some farmers in the US began using satellites to help manage their farms back in 1994, many of us still picture farmers commanding nothing more advanced than a rusty, old John Deere.

While grassroots agricultural innovation is advancing by leaps and bounds, the public typically hears a great deal more about the biotech of the laboratory than the homespun-tech of the farmyard. Our collective understanding of how to recognize forwarding-thinking farming practices and technologies is just starting to catch up. While farmers who patent the results of their efforts are often acknowledged as inventors, most of them never make it that far. They invent out of necessity and life goes on, perhaps a bit more efficiently.

The Rural Advancement Foundation International (RAFI) and Farm Hack aim to promote farmers as innovators and makers through a new project called Growing Innovation. The two organizations have launched a collaborative Kickstarter campaign to fund the creation of an open source online library of agricultural innovations and a new book documenting sustainable models developed by farmers. The online library will include a searchable database and interactive maps of farm projects, including detailed plans from blueprints to budgets. The book will feature exemplary farm projects from RAFI’s archive, projects that are highly replicable and adaptable to variety of contexts.

RAFI has been documenting farmer-driven innovation and encouraging peer-to-peer exchange among farmers for more than 17 years. Since the inception of its Tobacco Communities Reinvestment Fund in 1997, RAFI has allocated grants to fund more than 500 farmer-led projects. Through Growing Innovation, these projects will be made available as models for other farmers to learn from and build upon. RAFI also plans to contribute all of the contents of the library to Farm Hack’s website, trusting that the site’s dedicated community of tinkerers will apply the same spirit of open source collaboration to this rich repository of information.

“Each year RAFI’s Tobacco Communities Reinvestment Fund seeks out the most innovative and creative farmers,” says RAFI’s Joe Schroeder. “We look to these folks to demonstrate profitable ways to make a living in small and mid-scale agriculture, and to share their lessons with their neighbors and community members.”

Farmers affiliated with RAFI have developed new tools and unique business models from an ethnic produce project to a farm-to-table cooperative. They have found ways to re-purpose old farm buildings ranging from historic tobacco barns to industrial-scale poultry houses. They’ve started new farm enterprises and transitioned out of old ones. Something they all share is that at some point they’ve found themselves at the forefront of agricultural innovation in their communities.

“RAFI is 100 percent in line with Farm Hack’s mission,” says Farm Hack co-founder Dorn Cox, “to get the best farming practices and knowledge into the public domain and to create a food system that produces the kind of food we collectively want to eat, that we can trust, and that supports a resilient agricultural system.” Since 2010, Farm Hack has been connecting farmers, engineers, designers, architects, and sustainability advocates to share ideas, skills, and resources. Through in-person events and an online community modeled partly on Wikipedia, Farm Hackers have collaborated on modifying, refining, and producing a multitude of farm tools and technologies.

As a Project Coordinator at RAFI, and someone with a background in web development and a future in farming, I’m especially excited about the potential for this collaboration to link so many seemingly disparate fields. “It’s important that every farmer has access to the best information,” says Cox. “Every farm is already a research and development farm. We’re excited about communicating that and enabling farmers to share their accomplishments with the broader world.” RAFI and Farm Hack share the belief that open source platforms have the potential to connect farmers with tools and resources as never before.

RAFI’s Joe Schroeder suggests that these recent efforts could one day lead to a national library of agricultural innovation. But, he emphasizes, “The success of anything we do will be measured by how many farmers are able to access this information and how many feel encouraged to contribute their ideas.” The Growing Innovation project will strive to serve farmers, and, much like Farm Hack’s open source interdisciplinary model, it has the potential to engage diverse communities and produce far-reaching benefits.

The Kickstarter campaign for Growing Innovation ends on March 22, 2014.

4 thoughts on “The Future of Farming is Open Source” 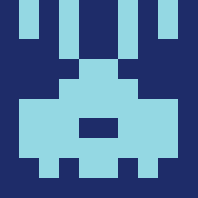