Homemade Satellites are Just Around the Corner

As a child, I always looked up at the stars and wondered how I could make it into space. Hopefully, I will live to see that day, but for now, a homemade satellite will have to do. The Nanosatisfi team has made it their mission “to provide affordable space exploration for everyone!,” and with ArduSat, they move one step closer to reality. ArduSat is a Arduino-controlled miniature 10cm cubic satellite, weighing 1 kg, which is roughly equivalent to half a store bought loaf of bread. Its size might not be impressive, but it packs over 25 sensors including: Myspectral’s open source spectrometer, inertial measurement unit, magnetometer, along the standard set, and many others. This impressive little machine boasts a camera to take photographs, it could send messages back to earth, or it can run your space experiments. With the ability to upload code directly to the ArduSat while in space, the possibilities are virtually limitless.

Be sure to check out their YouTube Channel for more technical details. You can also support their efforts via their Kickstarter page .

28 thoughts on “Homemade Satellites are Just Around the Corner” 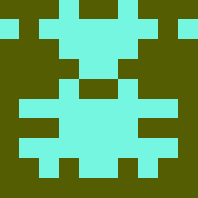