Earlier this week, a handful of MAKE staffers were dispatched to Las Vegas for CES 2014, the world’s largest trade show for the consumer electronics industry. We were tasked with covering the news that matters to makers and sought to answer the question, “is making going mainstream?” Along the way, we saw a lot of the typical fare: televisions, tablets, cameras, and phones. But we also saw robots, 3D printers, 3D scanners, drones, and even some hardware development boards.

As we wrap up our CES coverage, we wanted to share with you our favorites from the floor of CES 2014. And if you were there or were following the action from home, we want to hear what you liked the most. Leave a comment below to sound off.

While the variety of technology seen at CES is almost infinite, there are only a few new gadgets each year that show both mainstream potential and the ability to be hacked into incredible new creations. The Tobii eye-tracking sensor is one of those. Shown at CES 2014 in both external and and built-in formats for monitors, laptops, and tablets, the Stockholm-based company is moving from the mobility-challenged segment into consumer electronics in a big way. The sensor replaces your mouse, allowing your eyes to select the icons or links, scroll and zoom on maps, and throw boulders at bad guys (as shown in the booth’s demonstration). The response is surprisingly fluid and natural. With developers being actively courted, we expect it to get the same attention from hardware tinkerers as Kinect did a few years ago. -Mike Senese

The Structure Sensor is the first 3D scanner capable of quick mobile 3D scanning on the iPad and so much more. It captures accurate dimensions and dense geometry of everything in view, enabling a host of augmented reality applications in which the use of real occlusion and physics enables virtual objects to go behind real world objects. I caught up with them at CES 2014 and was impressed with both the speed and quality of their demos.

I was pleased to learn that the Structure Sensor is a platform that is “born to be hacked” and features a Structure SDK for iOS with OpenNI support and an optional USB “hacker cable” that enables full sensor access through open source drivers for a range of additional platforms, from Windows to Android to Linux. If that wasn’t open enough, they are also providing CAD files in DWG, IGES, STL and STEP formats for creating custom 3D printable brackets so you can attach your Structure Sensor to your drone, robot or anything else you can imagine.

The folks at Occipital have been busy fulfilling the orders from their massively successful Kickstarter, which was the 40th most funded to date, and are currently taking a limited number of pre-orders for an estimated Spring 2014 release. -Anna Kaziunas France

xxArray by Alexx Henry in Collaboration with Nikon

The Nikon booth at CES 2014 was the perfect example of what is possible when big tech companies collaborate with innovative makers. Alexx Henry Studios created a 360° photogrammetry booth using 68 DSLR cameras to generate highly detailed 3D models of people at the event. The still images were stitched together with a computer program in a process that took approximately two hours, and when complete the 3D model of the person could be imported into a video game environment where the character became fully articulated and able to mimic human movements like running, jumping, and even breakdancing. With such high resolution, this same idea of using DSLR cameras can be applied to all types of 3D printing and modeling applications. -Courtney Lentz

In some senses, Belkin’s WeMo home automation platform is already open for hacking. There’s an SDK for iOS and Android so that you can roll your own apps to control the lights and appliances in your home or to read the state of WeMo wall switches. With the announcement of the WeMo Maker, you can now incorporate your own sensors or other devices into your home automation network. It’s a consumer product that has five screw terminals, two act as a DC relay for up to 36 volts and the other three allow you to connect 5 volt analog sensors to get data input. That data can be used to control the other devices in your home or trigger actions on the Internet with IFTTT.

It’s an important development in the consumer electronics realm and the maker community. The WeMo Maker represents Belkin’s attempt to create a product that appeals to the middle ground between a typical consumer and a hardware-hacking maker. I’m very eager to see how well it will work and how it’s used when the device is released this summer. -Matt Richardson

0 thoughts on “MAKE Editors’ Highlights and Picks from CES 2014” 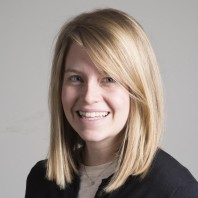 Courtney Lentz is the Marketing Relations Coordinator for MAKE magazine. Much of her time in and outside of work is spent curating libraries into makerspaces, helping to create the tools libraries need to transform their spaces. Her current focus is on continuing to develop a library checkout kit program.