Does a robot have to look like a human to be humanlike? For decades, Disney animators have brought the illusion of life and emotion to animals, objects and even machines.

With some simple programming, your robot, too – no matter its form – can boost its humanness quotient. Here are 10 techniques taken from a rich history of animation principles and human-robot interaction research.

If your robot has a head or eyes…

Actor Haley Joel Osment has said that “Don’t blink” was an acting trick he used to transform himself into David, the uncanny robot boy in the movie A.I. Artificial Intelligence. According to this study, the average human blink rate is about 17 blinks per minute, while during conversation it increases to 26, and gets as low as 4.5 when reading. Check out this great blink animation tutorial to learn more about how to animate natural-looking blinks. For example, opening the eyes should take slightly longer than closing the eyes, and blinks can even be used to show intention and feeling.

Researchers have found that, while eye contact is important, gaze aversion can make a robot look more intentional, thoughtful, and creative. Some simple rules for where to place your robot’s gaze include:

3) Head-turn with a blink and a tilt.

Stretch your arms straight out to your sides and turn your head to look at one hand, then the other. Did you notice that you blinked during the head turn? Animators follow this simple rule when turning the head:

The head dip is related to the animation principle of movement in arcs.

If your robot speaks…

Adding extra words called hedges (“maybe,” “probably” or “I think” ) and discourse markers (“You know,” “just,” “well,” “like” and “um.”) increases the likeability of robots.  Take, for example, this great line from Samantha, the artificially intelligent OS in the movie “Her”, where hedges and discourse markers appear 5 times: “Well, I was thinking, we don’t really have any photographs of us. And I thought this song could be like a photo that captures us in this moment in our life together.”

5) Match the tone of voice to the content of the words.

When HAL 9000 said, “I’m sorry Dave. I’m afraid I can’t do that,” why did it sound so creepy? One reason might be because its words didn’t match its tone of voice. Based on Table 2 in this paper, the acoustic profile of HAL’s famous words looks closer to “enjoyment” than apologetic “sadness”. HAL didn’t sound sorry at all! Beware text-to-speech systems that have happy voices as a default – a robot apology may come off as insincere.

Script writers are pros at writing interesting characters. Part of it is to define the character’s backstory, including likes and dislikes, education, and so on. To use Spike Jonze’s Samantha character once more, the A.I. constantly expressed her opinion and feelings, and even openly laughed:

If your robot moves…

In animation, this extra motion in the opposite direction is called anticipation. For example, in this clip with Wile-E Coyote (from 0:36), we see him pull backwards before launching forward in pursuit of the Road Runner. Similarly, a ballerina bends at the knees downwards before leaping up into the air. Does your robot anticipate its movements, or lurch on forward?

Let’s say that your robot is going to point at something with its arm. Is it simply a case of moving the end-effector from A to B? How do you make that simple movement look more humanlike? In animation, you use something called successive breaking of joints. The idea is to use the bigger joints first, so in this case: first, move at the shoulder, then the elbow, then the wrist, then finally the fingers (if your robot has them). Try it yourself!

9) Use motion for emotion.

Your robot doesn’t have a face? No problem – it’s still possible to use other cues to convey emotion. For example, to convey happiness, have your robot make large, regular movements. For sadness, make your robot movements small and slow with even timings. To show fear, give the robot jerky, small and fast movements at irregular intervals, away from the source of fear. Large, irregular and abrupt movements can convey anger, especially towards the object of anger.

1/f or “pink” noise is found in many biological systems. It’s somewhat counter-intuitive to add randomness after making your robot controller as accurate as possible, but purposely adding randomness has been shown to increase the perception of humanness in computer systems. The Sibelius music composition software is also known to include random variations in volume to render its MIDI playback more natural. If possible, add randomness not only in interactions (e.g. different ways of saying  “yes”, such as “okay”, “sounds good”, or “got it”), but also in timing (e.g. blink timings) and movement in space (e.g. gaze aversion to different places). Interestingly, some new robots have mechanical randomness “built-in”, such as those in the field of soft robotics. Just think – what if your robot never acted the same way twice?

10 thoughts on “10 Ways to Make Your Robot More Humanlike” 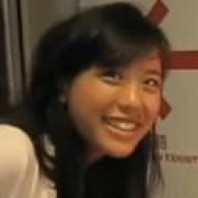 Dr. Angelica Lim (@petitegeek) is a computer scientist and researcher specializing in A.I., robotics and emotion. Previously, she was User Experience Manager at Aldebaran Robotics.