How DJ Sures Built EZ-Robot from the Ground Up

“You can spend time on one robot, or share what you’ve learned with the world and have a million.”

That’s what my grandfather said to me one summer while I was struggling to build an R2-D2-style add-on for an iRobot Roomba vacuum.

Without knowing complicated C, electronics, or mechanics, there were no options to build science fiction-grade robots. All we had were children’s Lego toys or starting from zero.

I set out to take everything I knew about robotics and package it into the world’s first complete integrated robot building platform.

My first prototype was not going to win any beauty contests, but it worked. Now all I needed was to create the software. It occurred to me that anyone building robots must already have a computer or mobile device. Wireless connectivity could enable the software to take advantage of faster processors and peripherals. Fast-forward three years, and the EZ-Builder software now hosts a mobile designer to create personalized robot apps and instantly publish to mobile devices.

Once everything seemed to work, it was time to create a circuit board and camera that people could purchase. I soldered around 100 units in my basement. They all sold in a week. My grandfather was right — I was onto something!

My talented friend Jeremie Boulianne, now EZ-Robot’s lead engineer, professionally reworked my board into the popular EZ-B v3. Using the controller and software, I was able to quickly hack old toys into vision processing, speech recognizing, autonomous robots. My article “Teaching Old Toys New Tricks” in Make: Vol. 27 (see the teaser video bel0w) is when EZ-Robot truly took off — our forum flooded with new members and community contributions. There were new features in software updates 2 or 3 times per week. Community members were building amazing robots all over the world.

EZ-Robot raised a million dollars in angel funding and brought in an additional half a million in presales with a crowdfunding campaign to create a modular robot product called Revolution. While the bigger corporations said it couldn’t be done or they weren’t interested, the smaller, scrappy groups went both feet in. This helped EZ-Robot build relationships for manufacturing, assembly, quality control, and shipping logistics.

Graduating from my basement, I packed as many engineers and 3D printers that would fit into a 2,000-square-foot office. For a year we worked day and night, open sourcing the 3D-printable components, API’s, and SDKs, and released an educational robot and IoT platform!

EZ-Robot now occupies a 6,000-square-foot, custom-built facility in Calgary, with a dedicated manufacturing facility in Shenzhen. There are more than 20,000 amazing robots powered by EZ-Robot. Revolution robots are actively shipping to over 100 countries. We’re hard at work on the Revolution v2 platform while continuing to build relationships with similar-minded makers, geeks, and nerds who believe the real world should be a lot more like science fiction. The million-robot target is in our sights. 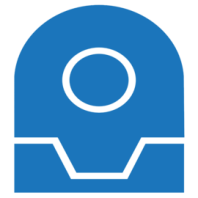 DJ Sures is a roboticist from Canada who began taking apart toys, stereos, and televisions at a young age. His employment history includes names like Symantec, Cisco Systems, NASA, and more.