Blacksmithing Essentials for the Beginner

Blacksmithing is by no means a dead trade, but if you watch or have watched shows like Forged in Fire, you’ll notice the modern forge has quite a few degrees of separation from the bellows and hammering of forges past. When I first got into blacksmithing, I wanted things to be modern. “This trade won’t die if we just keep moving forward!” I’d think; but all the automatic power hammers in the world won’t make you a better craftsman, and if all your fires are perfectly electronically heated, what will you really know about the giants whose shoulders you’re standing on? This is a guide on what you’ll need to set up your very own forge – the right way.

Now, I’m not slamming those who use the modern tools, and I have nothing but respect for anyone else who chooses to take up the hammer, but I personally found that something was lost in the push for modernity, at least for blacksmithing. In my push to find what I was looking for – that feeling of being covered in soot and coal, hammering away like a madman, I started learning about the older and time-tested ways of doing things: I’ve never looked back since. The additional advantage of the “old school” way is that it’s favored by backyard artisans and those who have limited space and budgets. To put it simply, the forge you can put together in your backyard with the help of this article will be a lot cheaper than a professional fabrication shop.

The point I’m trying to get to here is that anybody can stick a blowtorch in a metal drum and bend some iron, but if you don’t do things the right way, it’s not going to be nearly as rewarding, nor are you going to get near as nice a product at the end of the day. We’ll be focusing today on setting up your own shop, what that means, what you’ll need, and why it’s important.There are many types of forges out there, but the main two are solid fuel and liquid fuel. We’ll be focusing on the former rather than the latter. Solid fuel includes any sort of coal, coke, and even sometimes wood, way back in the early Iron Age. Solid fuel has been used for literal ages as a tool for blacksmithing, and it isn’t going away any time soon, which is why it’s so important to focus on.
Without further ado, here’s what you’ll need to get hammering away for yourself.

Hammers and Long Handled Blacksmith Pliers:
It might seem absurd to say this, but obviously your average everyday carpenters hammer won’t work for bending white-hot metal. If you’re working with metal you’ll want a few heavy machinist hammers, and at least 1 Ball Peen or Flat Peen hammer. This will make life immeasurably easier when working with the anvil and leg vise. In addition to this, if you’re going to be doing any “forge welding” (a process described later) you’ll need a large, heavy, long-handled sledge hammer.

A Hardy Log:
Or a ‘tool log’, anyways. A log with some metal hooks attached to it that you can hang your hammers off of is a mainstay of any competent blacksmiths shop. You could go out and get yourself a fancy metal tool-rack, but it’s probably cheaper just to go into the woods and find an old chunk of wood. Logs are usually my first choice when it comes to equipment racks due to their surprising resistance to the heat of the forge.Bach Ritterburg Tool Pliers

Anvils can be surprisingly inexpensive on places like craigslist or just general antiques shops. Worse comes to worst, you can ask any friends you’ve got that live on farms: most old estates used to have personal farriers, and so there’s probably a decent chance you’ll find a farriers anvil. Though there are many types of anvils out there, I’ve found that farrier’s anvils are set up the best way for bending metal. Rather than just giving you a flat surface, they give you a jutting horn with which you can bend your metal, and overall provide an easier platform for turning iron and steel into malleable putty. They also have strategically placed holes in them for the purposes of adding tools and attachments to your anvil should you choose.

In the German lithograph below, you can see what I mean with regards to the anvil. Alongside an anvil, you should invest in a good floor-mountable vise grip that can be quickly closed; this makes handling and bending metals easier. Trust me when I say, you do NOT want to touch nearly molten iron with your hands (I know this from experience).
A quick aside: Blacksmiths didn’t traditionally make horseshoes: that was, admittedly the job of the farrier who was far more specialized. If a blacksmith is like a general practitioner, a farrier is more akin to a specialist foot-surgeon. We blacksmiths did, however, really, really like their anvils, and lots of us stole their design.

Your forge should be made of heat-resistant firebrick. The best place to get these is believe it or not at ceramics and hobbyist stores. Asking for bricks that go inside kilns is usually far cheaper than buying blacksmith-specific ones, with the same results. The Forge itself can look however you want, so long as it has a few general elements that it adheres to. There has to be an air source, which sends air through the tuyere and into the firepot. Your fire itself should be made of coking coal, which takes a little bit to heat up. Soft coal is typically the easiest to purchase for this purpose, and it gets far far hotter than its hard counterpart.

The additional advantage of this type of coal is that it turns, with heat, into coke, which is incredibly useful for starting your fires, and would be quite expensive unless you just made it yourself in your forge. The forge should also be very well ventilated, with a chimney for all of y,our fumes to escape. Coal dust, and especially the by-product of burnt coal, should likely not be inhaled at any great length, as it can lead to a host of nasty problems, which is what makes your ventilation so important to your forge in general.

Your air source doesn’t have to be a bellows, and there are plenty of electronic solutions in the modern world, but a hand-operated-blower is actually usually far better for keeping your fire going at the right temperature. As you learn to smith and work the forge, you’ll learn that air-flow is incredibly important, and if you aren’t so hot on spending hundreds of dollars a month on restocking your coal, you should just get a hand-operated blower, so that while you’re hammering away at your metal, your coal doesn’t keep burning at the same temperature needed to melt metal

Blacksmithing in teams of two is almost as old as the trade itself. Usually the teams of two would include one apprentice working the bellows, and one master smith actually heating and manipulating the metal. As forge welding became more popular, teams of two grew in popularity also, as a result of the fact that you need an incredibly heavy sledge hammer to slam down on the heated metal, while somebody holds the two pieces of metal together in the right position. Even if you’re not working with forge welding, having a partner is important for safety reasons, and just because it’s always fun to have someone to talk with while you’re hammering away.

This one is relatively self-explanatory. You don’t need an oil quench bucket or heat sink if you’re not forging high-grade steel, so if you’re just starting out, a simple wooden or metal bucket filled with water will work perfectly for quickly cooling down your crafts and forgings. The point here isn’t necessarily that you cool it particularly quickly or in any specific way, but rather that you get the danger of super-heated metal out of the way when you’re done with whatever you’re doing. Quickly hardening some small parts can also be important for making complex bends and hooks.

Important Extra Bits and Pieces Undeserving of their own Category:
• Anhydrous Borax: This is necessary for forge-welding
• Large Rasp/File: This is for filing down burs. Even if you don’t need it initially, you’ll need it as you progress.
• Forge tools: These are for moving and manipulating the coal. They can be little more than a long handled rake to move around the coal or a long piece of metal that you can use to shovel the coal into the firepot.
• Clinker Breaker: These are incredibly important and often unused in forges. Clinker Breakers are used to break up the little deposits of metal that will colelct in the bottom of your forge. They can be purchased online, and are essential to keeping your tuyere and firepot clean.
• Safety Equipment: For the love of goodness, please get yourself a decent blacksmithing apron. This will keep motel metal, sparks, and burning coals off your body, and trust me, you don’t want any of those things hitting anywhere vital! 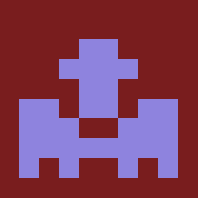 Barett Poley is a Journalist, a published novelist, a motorcycle enthusiast and a blacksmith. On his days off he likes to pretend he's a mechanic as well as taking pictures of things.