Charles Guan is an MIT alumnus, and has been making festive and amazing projects over the past few years. Charles has been influential in the MIT makerspace/club MITERS, where students create all manner of great things. Charles has served as a teaching assistant at MIT in mechanical engineering, helping his fellow students to fabricate the contraptions of their dreams. He’s heard the same questions over and over, so he created some instructional documentation to make his and his fellow students’ lives easier with an extensive Instructable: How to Build Your Everything Really Really Fast, or HTBYERRF. The concepts and techniques he introduces will save you lots of time and headache as you build with any variety of tools, but especially if you’re working with digital fabrication equipment such as laser cutters, CNC routers, or waterjet cutter.

He told me about the techniques he developed and his beliefs about making things. The photos used in this post are from Charles via HTBYERRF. In his responses, Charles is speaking from his own perspective, and not as a representative of MIT. 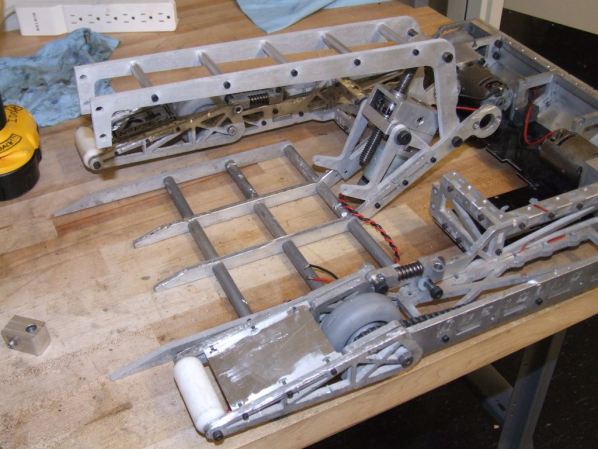 Could you briefly describe yourself and your experience?
I have a bachelor’s in mechanical engineering from MIT and was pursuing a master’s, but left the program this year to focus exclusively on helping teach undergraduate mechanical engineering design labs and be a resource for student projects. My background is about 11–12 years of electromechanical tinkering and building (starting from when I was about 12 years old in 2000), with a few years in BattleBots and also small electric vehicle design, so a majority of my experience is self-taught and learned through practice. 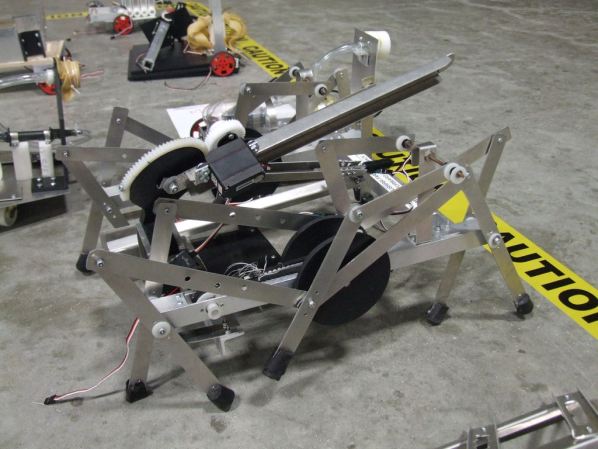 Who is your ideal audience for How to Build Your Everything Really Really Fast?
My audience is people who have had some experience with building small mechanical contraptions, perhaps their first robot or two, but are still primarily in the “duct tape, zip ties, and Home Depot aluminum roof flashing” stage of building. Robotic hobbyists will know exactly what I’m talking about.

It’s not designed as a “intro to everything” because then it would have been like 300 pages. I assume you know basically what a screw is, what a drill does, or even have seen/used a mill or RP (rapid prototyping) tool like a laser cutter or waterjet. Because I figured not everyone has, I tried to include as much that could be done without RP tools as I remembered at the time – for example, taking advantage of extrusions and barstock, etc., which were methods I relied on for many years. Additionally, now that RP services are widespread, it’s not a stretch for somebody to get their first experiences with them through ordering online. Much easier than back in the day. 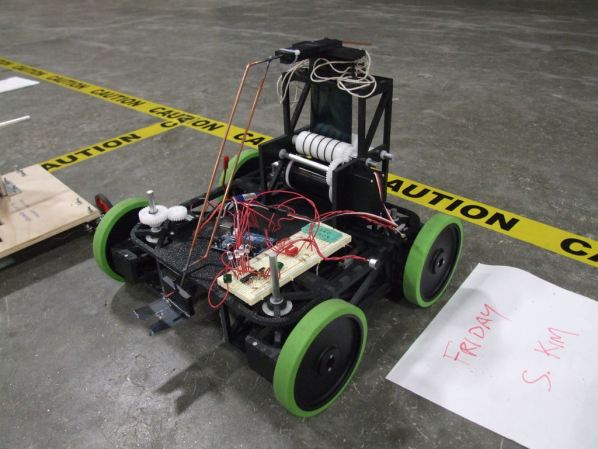 While building robots, scooters, and motorized shopping carts is playful and fun, why should people do this?
I strongly believe in the value of what I’ll call “bottom up” education — taking on challenges and learning new skills on your own, catalyzed by access to resources and knowledge. It’s both a break from, and complementary to, traditional education, which is fairly “top down” even in engineering — no matter how “hands on” an engineering course is, inevitably it’s somebody telling you how to do things, which buttons to push, and what instructions to follow. 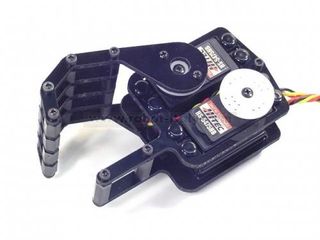 What could this building/making/fabbing habit lead to?
The great thing about self-directed learning is that you’re constantly chasing your own answer and raising your own bar as a result — it’s not like you finished the lab and now you can go home. You learn problem solving, idea conception, and best of all, debugging and repair and maintenance skills, and you form mental toolchains that assist you in all stages of the process. You discover new tricks and apply knowledge gained from others to discover your own style. By participating in all stages of the development of a project, I think you gain a much deeper insight and appreciation of the engineering and project-development process.

How is iteration important to making?
I think iterative design is undervalued in modern engineering education and very valuable to makers and hobbyists. Generally, in an engineering class, you are expected to exhaustively analyze and optimize a part or a system before building it, if you have to build it at all. While that’s a great “exercise of theory” and totally appropriate for situations where you don’t get to iterate (Boeing isn’t going to make 13 different 747s just to test random ideas), it’s definitely not the only way.

Sometimes, building a first version or even a prototype/mockup tells you so much more about how the system will behave, where things could go wrong, etc. You can have a perfectly designed and valid CAD assembly and a binder of numerical analysis backing it, and still the computer isn’t going to tell you that your setscrew is going to fall out, or that somebody else’s product you incorporated into your design (so you had no control over its engineering) isn’t up to its performance specification. Then you can roll up all of your desired changes into the design for version 2.

How important is failure? These days we’re pretty well trained to see all failure as bad and to be absolutely avoided at all costs, which in my opinion is just silly. My contention is that most things you build are going to fail, so learn from every opportunity you get and document it so others understand why you failed. 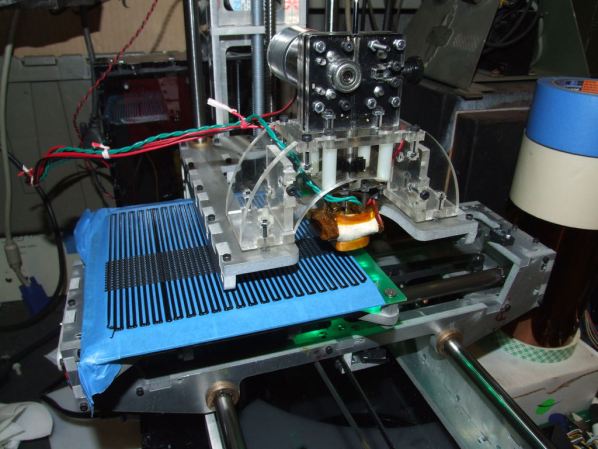 What is the value of an active imagination?
I think the imagination is particularly well exercised by project building because just the process of discovering a solution involves creative brainwork, simulating in your mind if something might or might not work. Thinking of ideas quickly, and thinking of fewer ideas which are well-formed right away, are just two dimensions in the plane of brainstorming. I think having to juggle a few potential solutions in your head should be welcomed. Some people, in my experience, actually see this mentally indeterminate state as a negative.

One of the most valuable skills I think I have, and which I also think is unfortunately hard to teach, is a mental multiphysics engine of sorts. If you watch me design something in SolidWorks, 80% of the time it’s just me staring at the screen very hard, and the other 20% is a flurry of clicking. I literally have a model of the entire design in my mind and am trying different combinations of parts, moving structures around, and even running some mental FEA models and visualizing how things might fail or break. Why not actually do that in SolidWorks? Because it takes so much longer and by the end of getting to modeling the new part, I’d have forgotten what I was going to do with it. The human brain is still one hell of a supercomputer, so why not use it?

I can’t explain how you get to that point. This is ultimately a function of seen-it done-it: prior experience and imagination. I spent many hours when I was younger designing BattleBots in my head and running simulated matches against opponents (and I still do this). Watching real BattleBots videos from both the old TV show and builder-run events taught me how metal deforms and how robots fly away from hits, so I incorporated that into the “physics engine.” It gets better with time and practice.

I’ve seen you at lots of events doing public demos — why is this important? I support publicly displaying projects when practical. Because I generally have built things with wheels, it was kind of a foregone conclusion that they start rolling around the city. Fielding questions from the public can be frustrating in that you explain the same concept 20 times, but I have realized doing it over the past few years has taught me a critical communication skill: how to boil down your technical description into language the non-technical can comprehend, without either watering down the point so much it’s meaningless or being condescending.

What is the effect of creating documentation on your work?
On my own work, I find my extensive documentation obsession very helpful. On numerous occasions I have thumbed back through my build reports from 2008 or 2009 to search for a picture of something specific I did. More recently, I’ve found my documentations on designing motor controllers to be helpful when making refinements or starting a new board design. Looking back lets me make sure I’m not including the same bad hacks or nonworking component arrangements. 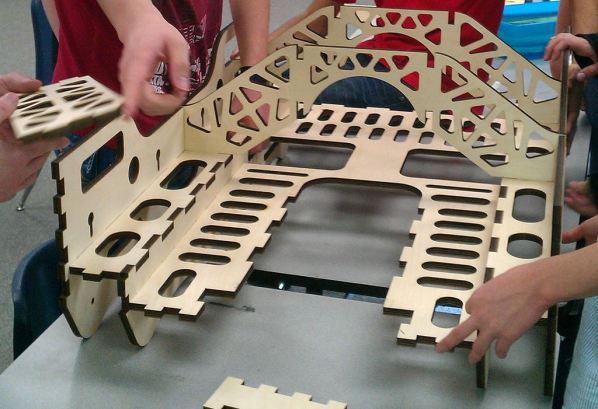 What are you up to lately?
I’m currently “going back to my roots” a little by embarking on a new combat robot (BattleBot) build. In the spring, I’m running my “2.00Gokart” class as a lab section of 2.007 [Design and Manufacturing] again, and there are plans to run it again in the summer for a group of visiting students.

I like seeing people build things and learn by doing so: electronic, mechanical, kinetic liquid sculpture with gratuitous lighting — whatever it is. If you haven’t built anything before, getting started and trying to take in all the knowledge is hard, but once your first contraption starts working, it’s so glorious.

Thanks so much for sharing your thoughts and ideas with us!
Check out Charles’ site, and his Instructables. You can read HTBYERRF (How to Build Your Everything Really Really Fast), and don’t forget to see what people at MITERS are making.

8 thoughts on “Charles Guan: Build Your Everything Really Really Fast”

Making things is the best way to learn about our world.