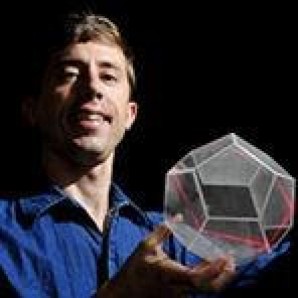 Taking Making to the Limit

Continuing Math Mondays' series on the recent Bridges conference, today we highlight three different genres of mathematical making which we...

Connecting the dots between the last two installments of Math Mondays, the team got to see mathematical string art taken...

Last weekend, the Math Mondays crew traveled to Enschede, The Netherlands, to attend the annual Bridges conference. If you're a...

Beginning of a String

Although there have been two different Math Mondays touching just tangentially on the wonderful world of string art, it has...

I just wanted to take the opportunity today to show a couple Sonobe constructions sent in by readers in response...

The column on do-it-yourself tensegrity generated a couple of interesting responses.

Still Going ‘Round in Circles

Well, Math Mondays might as well just go ahead and admit it. It is incurably addicted to great circles. Inspired...

Today we look at two responses to previous Math Monday installments on arrangements of great circles.

Math Mondays has been accumulating a lot of mail from all you fellow makers out there with a mathematical bent...

The Math Museum builds an Instant Giant Tetrahedron at a science street fair in Washington Square Park in Manhattan, NY.