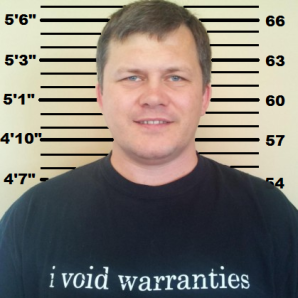 I'm a software engineer by day and maker by night. Most of my making revolves around woodworking, electronics, and the combination of the two. I'm also the founder & president of NashMicro - the Nashville Microcontrollers users' group and the father of three future makers. Follow me on Twitter as @ianlee74 or for the most recent news on everything Gadgeteer, follow @gadgeteerin.

Arrister has created a custom furniture service that makes creating furniture to your exact dimensions as easy as ordering a...

Step into Light and Sound in Interactive Synesthesia Experience

"Blue-Yellow-Red" is a transmedia installation created by Nashville, Tennessee, interdisciplinary artist and transmedia performer, Robbie Lynn Hunsinger. The exhibit was...

Chris Lee Talks About Greebli.es and the Millennium Falcon Project

Chris Lee is no stranger to making really big projects a reality. At TEDx Nashville, he officially unveiled project Greebli.es,...

The robot guys over at MTRAS need a robot themed timer and found a brilliant solution by modifying a Plotclock.

Oh, no! The turkey cookie cutter couldn't be found. No problem. 3D printer to the rescue!

Azeem Husain is a kid with a mission - a mission to bring the world a better stylus.

In Nashville, Tenn. there exists a man who is infamous for his creations. Legend has it that he once made...

At the Nashville Mini Maker Faire last weekend, I had the pleasure to speak with the makers at the New...

The Greatest Show (and Tell) in Nashville

Last Saturday was the first ever Mini Maker Faire for Nashville, TN and by all accounts it was very successful.

There’s no denying the fact that everyone loves the ever popular Arduino.  However, the “shield” approach used by Arduino has...