Driven by a Child’s Imagination

My daughter is six years old. The other day, she asked for a cardboard box so she could build a fairy house. She made it herself and filled it with grass and a carrot and some candy, which she thought the fairies would like. She was so excited about the idea, that after she went to bed, I made a little paper flower daisy chain and forged a note from a fairy named Daisy. I left it in the house and ate the carrot and waited to see what she would think.

What she thinks is that we have a spring fairy named Daisy, and she is really, really excited about it. The rain destroyed her cardboard house, so I offered to help her make a better one.

Anna started drawing her ideas on our whiteboard. I wanted to use corrugated plastic as the building material, so it would be weather proof. I had a simple sloped roof and a square floor plan in mind. Much like a birdhouse but sitting on the ground. Anna however, had other plans.

She wanted a round roof sort of like a thatched cottage and a place to hold flowers on the top. She wanted windows and a door and a whole yard decorated with little shrubberies and flowers and other things she thought a fairy would like.

I decided that an octagonal structure would get us close enough to the round look she wanted, and we got to making it.

Before you begin, download and print two copies of the Fairy House Template. Be sure when you print that you do not change the scale. The dimensional mark shows the height of the template is 4.00 inches.

I’ve included the pictures for all the steps below for convenience. You can click on a picture to see it larger, and then scroll left and right through the steps. You will find the same pictures accompanying each step. 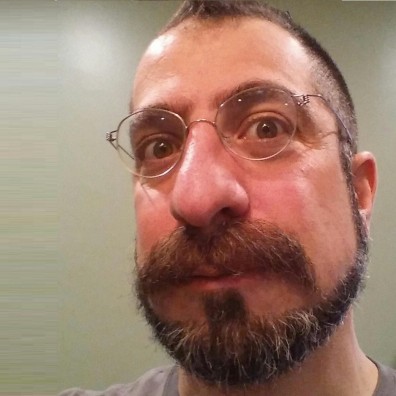