Build an LED Copter and Slingshot

This two-part project not only lights up but also flies through the air! This post is an excerpt from Electricity for Young Makers: Fun and Easy Do-It-Yourself Projects. Find it at online and at all fine bookstores.

Gather the materials for this part of the project. You’ll need two of the three craft sticks, three #33 rubber bands, and some duct tape. Don’t worry too much about the exact size of the rubber bands. Just make sure they are the thin type, stretchy, and fairly long (#33 rubber bands are ⅛” wide and 3½” long).

First let’s make a chain of 3 rubber bands. Pinch the end of a rubber band to form a little hole about the size of a dime. Next, partially thread another rubber band through the first rubber band, going around it, and back into itself. This makes a knot and a nice connection (Figure A). Do the same with the third rubber band, creating a chain that is 3 rubber bands long.

3. Attach the Chain to the Sticks

Next let’s make a “V” shape with the craft sticks and secure them at the base with narrow strips of duct tape. Start by tearing a 4″-long piece of duct tape into 3 strips, each about ¼” wide. Wrap one piece of tape around one end of the two sticks to form a “V”. The wide part of the “V” should be about 3″ apart. Then, wrap a piece of tape vertically between the “V” at the base, followed by wrapping the third piece around the bottom of the “V” again (Figure C).

And now for the last step. Carefully cut off one side of the middle rubber band in the chain without cutting the knots. We’ll use this later to attach our copter. This will also make the launcher a bit stretchier (Figure D).

That’s it! We’re done with the launcher.

Gather the electronic components for the build — the CR2032 battery and the LED. Let’s take a look at the battery. The positive side is marked with a + sign. See it? On button cell batteries like this one, the negative side isn’t usually marked, but the bottom must be negative, right? Batteries have a positive end and a negative end, which allows the flow of electrons to power a circuit.

Did You Know? Inside the LED, or light-emitting diode, are two types of semiconductor materials — one that is negatively charged and one that is positively charged. When electrical voltage is applied from the battery to these semiconductors, the negative and positive charge carriers are pushed together. When they combine, energy is released in the form of a photon (light particle). This process is called “electroluminescence.”

Now, let’s check out the LED. It doesn’t have a label for + or –, but it does have two wires, or leads, coming out of it. See how one is longer than the other? The longer wire is the positive (+) lead, and the shorter one is the negative (–) lead (Figure E). Slide the LED onto the battery with the long lead touching the positive (+) side of the battery and the short lead touching the negative (–) side. It should light up.

Take the third, and last, craft stick and create a small triangular notch ½” from the end of the stick (Figure F). You can make this notch with needlenose pliers or wire cutters by making small nibbles until it’s perfect.

TIP: Be sure it looks just like the one in Figure F. It needs to be shaped like a triangle, and it should have a slight hook shape to it. The notch should cut more than about ⅓ of the way through the craft stick.

Cut out two strips of cardboard — the kind cereal boxes are made of — that are ¾” wide by 7″ long. Now cut a slight taper into one end of each of these rectangles, about 1″ from the end. This makes them a little narrower so you can easily tape them later.

Hold both pieces of cardboard together and make a 45° bend about 3″ from the tapered end (Figure G).

Tape the two strips of cardboard to opposite sides of the craft stick, right below the notch you cut earlier. Make sure the tape overlaps the cardboard and craft stick but doesn’t cover the notch. The strips should bend away from the craft stick. These are the “copter blades.”

6. Put it All Together

There’s just one more thing to do — attach the LED and battery to the copter. Slip the LED onto the battery so that the correct leads are touching the + and – sides. The LED should light up. Wrap one more piece of tape around the battery, LED, and craft stick sandwich behind the notch.

We now have a launcher and a glowing LED copter that’s ready for action. All we need is a big space, preferably outside, and some darkness! Sure you can try some daytime flights, but where’s the fun in that?

Do you want to launch your copter? Of course you do! As all good pilots know, safety comes first, so put on your safety glasses. Now hook the notch at the front of the copter onto the center of the rubber band chain on the launcher. Extend your arms away from your body and face. Aim up toward the sky at about a 45° angle, away from yourself and anyone nearby (Figure H). Pull back on the craft stick of the copter, and let go!

Experiment with different wing shapes and LED configurations. Can you make your copter stay up longer, go farther, or have different colored light patterns? This is also a great project to practice your long-exposure photography. Try taking a picture with a camera mounted on a tripod or stable surface. If you leave the camera shutter open for a long time, you should be able to capture a stream of light like a fireworks show. 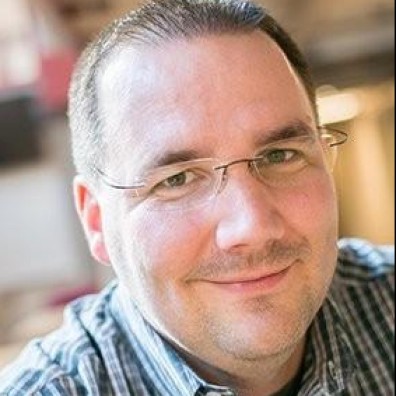 I'm currently working full time as the Dexter F. Baker Professor of Practice in Creativity in the Masters of Engineering in Technical Entrepreneurship Program at Lehigh University. I'm also an avid product designer, kit maker, author, father, tinkerer, and member of the MAKE Technical Advisory board.