I used to climb a decent amount in high school and college, but had to cut way back once my wife and I had children. Since climbing trips became more rare, it was frustrating when I did go climbing to be so out of shape. For conditioning my forearms, for training climbing moves, and for fun, I have wanted a climbing wall for a long time. My initial vision was to have a small indoor wall, but it is tricky to locate space for this and to convince my wife that it is not going to seriously detract from the decor. So, I finally settled on trying to build an outdoor wall.

I thoroughly enjoyed building this wall. There were a lot of different types of work to do and lots of interesting challenges to work around. It is hard to say how much time it took, because I worked on it mostly in intermittent 1- to 3-hour chunks at night, after the kids went to bed, using a combination of floodlights from the house and a headlamp. I had help a few times holding up some of the long angled frame pieces, but otherwise I did all of the work myself. If I could have consolidated the work into a contiguous time block, I think I could have finished it all in about 3 days (not counting time for paint to dry). I knew that I only wanted to build this once, so I spent several weeks thinking about the design and planning. First, I scoured the web for ideas. There were not nearly as many examples of backyard climbing walls as I hoped to find. I quickly settled in on a few goals for the wall.

With these goals in mind, I learned a little bit about Google SketchUp and started to plan. First, I made several planes in SketchUp and played with different configurations of angles to try to pick a wall layout that would provide training and stay interesting. I also gradually started to think about how to incorporate a kids’ fort and playground features. Specifically, I wanted a multi-tier fort, monkey bars, and a slide.

I finally ended up with the plans seen here. They are drawn to scale — the front face is 12′ wide and 12′ high. I picked this height after a visit to Lowe’s that revealed that the largest post they had was a 16′ 6″x6″. In this initial Sketchup model of the final design, I focused on trying to capture the scale, angle, and position of the climbing panels. The face on the left side will be paneled as well, and there are two tiers of floor on the back for the fort. Some of the railings and minor supports are not shown. Here is the actual SketchUp model, in case you want to play with it in 3D.

After I had the rough plan put together well enough so that I could picture the whole project, I completed a more detailed model to plan how the major supports would work (third image). This more detailed SketchUp model basically helped me to write up a bill of materials and make sure that there would not be nasty surprises once I started cutting boards. I wasn’t trying to build a complete model to serve as a blueprint, just to get a model that let me visualize how everything needed to piece together.

Setting the Posts and Major Supports The first thing to consider here is picking a good location. We picked a spot off to the side of the backyard that was out of the way of our normal activities.

I used 2″x4″s nailed to stakes to align the posts vertically, then tamped clay into the hole to firm up the posts. I used some concrete for the big posts, but I don’t think it was necessary. After 1′ of tamped clay, they were very solid. Once the three posts and 2″x8″ cross braces for the main wall were up, the rest of the framing was fairly straightforward. I started with the left overhang, using metal hangers to attach 2″x6″ crosspieces to the 2″x8″ horizontal supports. I cut them to length and used the chop saw to cut a 30-degree angle to match the 2″x4″ supports on the face. The trickiest part was cutting the notched bottom of the 2″x4″ so that it sat on top of the lower 2″x8″ cross piece. It was a bit tricky to get the face aligned so that all three supports would be flush with the plywood panel, mostly due to some warping in the large 2″x8″ cross supports. Tacking some 2″x4″ pieces across the faces of the 3 long-angled pieces can help. Once the angled 2″x4″s were in place, adding additional bracing was pretty straightforward.

These pictures show the framing once it was almost done. The major pieces match for the most part with the original Sketchup model. You can see some of the panels where I leaned them up for painting. The structure wobbled a decent amount when it was just screwed together initially. Part of the problem was that the long vertical posts actually had a decent amount of flex to them. Once everything was attached in the right locations, I went back through and strengthened key joints with carriage bolts. The bolts immediately made the frame much more rigid. After the panels were on, that helped solidify the structure even more. I did some research online about how to treat the surface panels and found a lot of different opinions (floor paint, specially made textured wall paint, etc.). I wanted some texture, but I went with standard exterior paint with some sand mixed in. I experimented to get the right amount of texture — just a small spoon of sand in a gallon of paint gave the right feel for me. Unfortunately, I did not record the number of plywood sheets that I used, but you should be able to compute that from your Sketchup plan. I laid out all of the panels and painted them on both sides with primer and my textured paint for weather proofing.

After the panels were painted, I went ahead with drilling holes for the T-nuts. There are some options for T-nut choices online. I went with the cheaper Zinc version over stainless steel (same for bolts for the holds). This is one decision that I might rethink — the steel versions were about 3x more expensive at the time I was building this, but some of the bolt ends and T-nuts are rusted now (5 years later), making some holds difficult or impossible to move. Find a spade bit for your drill that matches your T-nuts (and obviously the bolt sizes). I used the standard 3/8″ prong T-nuts. Look around — I checked a dozen or so sites and found one that was selling the same T-nuts as everyone else on sale for quite a bit cheaper.

I placed the plywood on 2″x4″s on the ground in stacks that were 3 sheets deep. I laid out a grid of 8″ squares on the top sheet using chalk lines. Then, I used the spade bit to drill holes at each intersection. Instead of drilling exactly on the grid point, I randomly offset each hole from the point by 0″ to 3″ to get some pseudo-random patterns while keeping good hold spacing. After drilling, the back of the bottom sheet splintered somewhat, but I cleaned that up as needed when I was pounding in the T-nuts later on.

Next (BEFORE you pound in T-nuts), I cut all of the panels on the ground, propped up on a few 2″x4″s with a skill saw, as in the photo above. That panel is a floor section for the fort, hence the notches for posts. After I cut the panels, I painted over the cut edges before screwing the panels to the wall to help prevent water damage. After 5 years, I have had to replace part of only 1 panel due to weathering, so all the painting was worth it! AFTER the panels were cut, I pounded in T-nuts from the back into all of the holes that weren’t too close to cut lines. Once the panels are done and have T-nuts in place, screw them to the wall. I started at the bottom and worked up. If you find that you have T-nuts that line up with braces, you can either remove them (screw in a bolt a few turns and tap it to knock out the T-nut), plan ahead by holding the panel in place BEFORE you nail in T-nuts and leave them blank, put up the panel anyway and leave them, or put up the panel and use a drill to drill out through the T-nut enough room for a bolt end.

Get some holds! There are many sites for this online. I thought about making my own, but it is a lot of work, and holds are pretty cheap. I made a spreadsheet comparing per-hold prices across sites and bought a few well priced sets new. Most of my holds I bought on eBay, again after figuring out what per-hold prices were reasonable. Bolt the holds on the wall and get climbing! I found that more holds = more fun.

For the playground on the back, I made a monkey bar set from pipe sections (I used 3/4″ diameter metal pipe) set in between two 2″x4″s with holds drilled halfway into them. I fastened it along the back of the wall between the right hand end and the back platform. I made a slide by bending 3 pieces of 1/4″ plywood into the right shape and covering them with a sheet of tin. It’s loud, but it is fast and works great! The main platform has a ladder and a back entrance behind the big overhang. It has a small ladder up to the platform behind the top overhang. I bought one section of premade deck railing to protect the top platform. I attached a chain anchor (bolted through the main support) a the top of each panel to support top roping, although we mainly boulder. 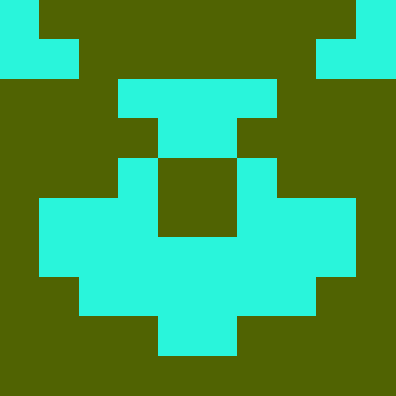