In the last tutorial, we went through an introduction to building a Raspberry Pi Camera Stream and viewing a live stream from any client device.

We’re taking this one step further and making our own ‘DIY Ring Doorbell,’ and we’ll name this the ‘Pi Smart Doorbell.’ The Smart Doorbell gives you the ability to view your live stream to see who’s at your front door and interact with the person via your phone (or any other client device) by unlocking/locking the door.

The Doorbell also features face detection, giving you the ability to be notified when you have someone at the door – Whether a friend or a parcel thief.

The Smart Doorbell is lightweight and has a small form factor making it ideal for installing on the wall by your door. This article aims to provide you with possible real-world ideas of a Pi Camera Stream, with the Smart Doorbell being our primary focus.

You could also just as much create your own ideas. e.g.

Since the Pi Smart Doorbell builds on the getting started guide of a Raspberry Pi Camera stream. We recommend you visit the post to complete the assembly of the Pi. However, here’s the overview:

If you stop here, you’ve pretty much completed a standalone Doorbell with a live stream.

So how can we interact with the camera stream client application to lock/unlock a door?

Assembly of a Pi Door Lock

We’re essentially controlling servo motors through the Flask web application and controlling the direction and degree of rotation of the Servo Motor via the webpage.

Servo motors are ideal for applications that require a precise degree of spin. We’re using the MG996R servo motor in this project, which provides a full 180-degree spin enough to work with the lock/unlock mechanism.

The above shows the Servo Motor’s following wires to be attached to you Pi’s GPIO pins.

Like the Raspberry Pi Camera stream, we’re capturing live footage from the camera build to create a live stream via Flask. However, where this differs is that we’re making an HTTP request via POST, which passes the desired parameters for the servo motor to rotate.

The Smart Doorbell was placed in a Pi case, which was conveniently compact and featured a hole to give the lens visibility. Keep in mind, it is essential to allow you Pi with enough ventilation to avoid your pi heating up.

Install the Smart Doorbell Git Repo on your Raspberry Pi.

Note: You can also choose to use a Raspberry Pi Hi-Quality Camera Lens to improve the Doorbell’s camera quality. This may require you to make some changes to the codebase. (This has been implemented on a previous Smart CCTV Project)

The GPIO package provides a class to control the GPIO pins of the Raspberry Pi:

Define and declare the Raspberry GPIO pin as output for the servo motor at pin 11:

Servo motor would rotate based on the given parameters passed through main.py

Below is the following directory breakdown: You can find the full code on the Smart Doorbell Repo.

Camera.py – The script access the Pi Camera module via OpenCV, encoding the frames into JPEG for streaming.

Servo.py – This python script controls the servo motor of the door lock via PWM. (rotating Clockwise or anti-clockwise)

MaIn.py – Where the Flask stream is created – importing servo.py and camera.py

Next Steps & Other Application

The applications of a Raspberry Pi Live stream doesn’t stop at a Smart Doorbell. You can even build your own Pi Car Dashcam streaming to a web application or even a portable Go Pro by creating your portable battery pack.

The possibilities are endless. What will you build? 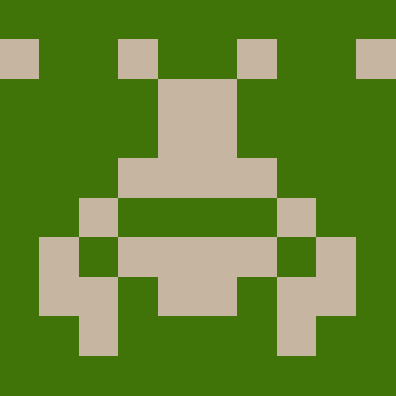 Hi, my name is Eben. I make DIY Projects and Prototypes, from Smart Mirrors to Electric Skateboards, and more!