Ooooh! Launch lots of little lights and see them parachute back down.

Fireworks originated in ancient China and have been making people look to the night sky with delight ever since. Firework formulas are closely guarded secrets handed down from generation to generation and the overall concept has not changed much over the centuries: mix chemical compounds, place them in a delivery device, light a fuse, and watch the fun. That was until now, of course. We wondered if we could use LEDs to create a firework display? The answer is a resounding yes, we can!

While there are many forms of fireworks, we focused on the aerial fireworks that make the big displays in the sky. An aerial firework has several components: a lifting charge to send it in the air, and a container that holds fuses, charges, and stars. The stars are what paint the sky with light, and they’re traditionally made of various chemical compositions.

After some thought we settled on soda bottle rockets, like those found in Make: Volume 05, to be our delivery device: the lifting charge is compressed air and water, the container is a 2-liter bottle, and the stars and fuse are LEDs. The charge that disperses the stars is usually black powder — that’s what makes the big boom before the stars light. We’re not using black powder, so our charge is going to be gravity and the wind.

What about the boom? If you’ve launched soda bottle rockets before, you know they make a big whoom when released. So we have all the elements of a successful firework: loud noise, pretty lights, and the element of surprise.

During our experiments we created the LED Chutie, which we demonstrated at the 2013 World Maker Faire in New York City as part of our Soldering Sunday group for makers. It’s an aerial version of the popular LED Throwie — in addition to the usual LED and 3-volt coin cell battery, it’s got a plastic bag for a parachute. (It’s perfect for indoor fun too.)

The Chutie is the basis for the stars in our firework. By combing the Chuties with ping pong balls, plastic practice golf balls, balloons, and drinking straws, we can make a wide array of effects in the sky. Just remember that everything that goes up must come down — your stars should be lightweight and not a threat if they were to fall on someone or something.  The stars with parachutes fall the slowest and spread out the widest from the rocket. The ping pong balls and plastic golf balls travel higher and fall faster. If you’re over asphalt or concrete the ping pong balls make fun sounds when they hit the ground.

To launch the rockets, I use a combination of the launcher from the MAKE Soda Bottle Project and the release mechanism from this launcher on Instructables. Before you try all this at night, I suggest you test during the day to get comfortable with how everything works and how your rockets behave. Besides, it’s another excuse to do more launches. Keep safety always and first in mind. These fireworks may be filled with water instead of fire but they still pack a lot of energy. During tests our launch crew decided to put on helmets for safety (but mostly for fun).

We hope you have a lot of fun with your Soda Bottle LED Fireworks. We’re hooked. We already have plans for other forms of LED Fireworks, and we’re thinking about building a Raspberry Pi launch controller. Keep in touch and check us out at SolderingSunday.com and at the 2014 World Maker Faire in New York. 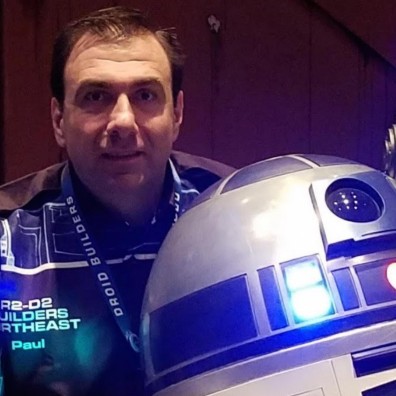