This Project will show you how to build a simple world control panel. This project uses a ton of LEDs and switches to light up different parts of the world.

My son Harlan and his pals love to play “Agents.” When he asked me if I could build him a control panel that had “a bunch of switches and random blinking lights,” I couldn’t have been happier.

I have to admit, I have a bit of a control panel fetish, and my favorite thing about electronics tinkering is making lights blink — which is just about all this device really does.

I immediately imagined some kind of backlit, brushed-metal map of the world, with a radar scanner and a variety of indicator lights and toggle switches that would allow him to com- municate with field agents, remotely dispatch weaponized sharks, or detect enemy activity.

The console employs a combination of readymade and custom circuits to achieve various lighting and sound effects. Ours is used for world domination, but the same basic panel would work equally well for tracking the migration of a swarm of Monarch butterflies, or detecting unicorns, if that’s what you need. Here’s how I built it.

I had a solid idea of how the perforated map display might work, but I wasn’t sure how to achieve my vague “radar scanner” concept.

Then I remembered that Evil Mad Science (where else would you buy parts for a world domination panel?) sells a kit to build a Larson Scanner — you know, that light-chaser effect made famous in the Knight Rider and Battlestar Galactica TV shows. It’s perfect for “scanning the world” before flipping the various function switches.

RadioShack’s digital sound-recording module sells for $10 and uses nonvolatile memory, so your last recorded sound isn’t lost when the power goes away. I added one of these to the panel to serve as a “field communicator.”

In keeping with the 1960s sci-fi/spy motif I had in mind, I decided to control everything with a bank of classic metal toggle switches and indicator lights.

You can use a pre-built enclosure, or build your own. Here’s how I made mine, angled toward the operator like an old studio mixer.

For the left and right sides, cut an 11″ length of 1″×4″ hardwood lumber in half diagonally, creating 2 pieces, each 1″ high at one end and 3″ at the other. For the front and rear sides, cut a 15″ length straight across to leave a 1″ wide piece for the front, and a 3″ piece for the rear.

Miter all 4 sidepieces to 45°, then clamp and glue them like a picture frame. Once the glue has dried, sand the joints flush. (I had to add screws later because glue wouldn’t stick to the oily ipê wood that I used — don’t use ipê!)

The top panel is a 14-1/2″×10″ piece of 1/8″ aluminum sheet. I used a router to cut a 1/8″-deep rabbet in the topside of the wooden frame, to allow the top panel to sit flush. Then I rounded the corners of the aluminum with a 50-grit sanding block to match the radius of the rabbeting bit.

Figure out exactly where you want all your controls and displays to go. Once you’re satisfied with your layout, mark everything for drilling with a scribe or punch.

I found a “pixel map” of the world online, and scaled it to a size that worked well with my panel dimensions. I printed it out as a template and glued it to the panel with spray mount. Then I used a center punch and hammer to mark each “pixel” for drilling.

Since I would be inserting 3mm LEDs through some of the map holes, I drilled them with a 1/8″ bit, which is a little over 3mm.

Finally, I drilled 4 small holes near the corners, for screws to secure the panel.

Once all the drilling was done, I pounded the panel flat with a rubber mallet, and used a random-orbit sander to deburr all the holes at once and clean up the panel.

To give the aluminum a nice “brushed” look, I hand sanded it with 180 grit in long, even, horizontal strokes.

Since I was planning to use backlighting effects for the map display, I glued a sheet of photographic diffusion paper to the backside of the map, to act as a rear projection screen. You can just poke holes in the diffusion paper wherever you want to install an LED.

Finally, I printed some free web UI icons (“Brightmix” icons, from http://opengameart.org) on a sheet of clear Testors decal paper and applied the appropriate icon above each toggle switch hole. These decals need to be sealed with clear acrylic before use.

Install the toggle switches and indicator lights into their mounting holes. I cinched small zip ties around the base of each indicator LED as spacers so they sit near-flush with the panel. Wire it up so that the main power switch feeds power to the rest of the switches, and each switch powers its own indicator LED.

Power is supplied by a 3×AA battery box mounted to the back panel. Use alligator clips to temporarily connect it to the main power switch. You’ll connect and disconnect it many times during assembly and troubleshooting.

I wanted a flashing backlight effect to indicate a “global red alert” situation. To achieve the flash, I turned to the good old 555 timer IC.

I found a simple 555 flasher circuit on the web and built it onto a small piece of perf board. I used the 555’s output to flash 7 white LEDs through a single PNP transistor. I also added 3 bright red 10mm LEDs (these don’t flash) to the board. Follow the schematic to build the board.

Leave the LED leads long so you can bend them to direct the light to different areas of the map. Mount the flasher board to the bottom panel with hot glue so it can project its light onto the back of the map. The switch indicator lamp for the “red alert” function is a 5mm red flashing LED.

Four of the toggle switches control clusters of different colored LEDs — in my case, blue for major cities, red for Atlantic coastal areas, amber for “Eastern locations,” and a single blue LED for Seattle, our home base.

I also wired a red flashing LED behind the panel parallel with the Seattle LED, to illuminate the surrounding holes with a flashing “home base” effect. These functions feature green power indicator LEDs above their switches. All of the LEDs in this project require appropriate current-limiting resistors.

To wire the through-hole map lights, I first harvested some twisted-pair wiring from an old network cable I found in the trash. The wire inside these cables is conveniently color-coded and pre-bundled into pairs — great for hand-wiring small electronics projects.

Solder a current-limiting resistor and a length of colored wire pair to each 3mm LED, and then insert the LEDs into the map holes from behind, securing each with a dab of glue.

Then gather up the similarly colored LED wires and solder the anode wires to their respective power switches, and the cathode wires to ground.

The Larson Scanner is configured to run on 3V power. Since the World Control Panel operates on 4.5V, you’ll have to replace the kit’s current- limiting resistors with new 120Ω resistors.

The scanner PCB also has a momentary switch that controls its speed and brightness; I replaced it with a panel-mount button.

Install the sound module by hot-gluing both the speaker and the PCB to the backside of the top panel. I replaced the onboard buttons for recording and playback with a pair of red and black panel-mount momentary buttons. Although the datasheet for the module specifies 9V power, mine worked fine with 4.5V.

Finally, solder the wires to the battery box, and secure the panel with 4 wood screws.

The World Control Panel is really just a fun box of switches and lights, but the platform begs for further development. Imagine adding USB, wireless data, microcontrollers, BlinkM smart LEDs, and other technology to improve the fun — or to really start monitoring and controlling your global concerns.

Let us know what you do with yours in the comments.

1 EMS Larson Scanner Kit from evilmadscience.com. – Get the one with the 10mm diffused LEDs.

2 LED, 5mm, flashing – the kind with the integrated flasher

62 Resistors, various values – All LEDs in this project need current-limiting resistors. Typical values for different colored LEDs running at 4.5V are: red 180Ω, blue 68Ω, white 68Ω, green 120Ω, and amber 150Ω. But be sure to use resistors that are appropriate for the actual LEDs that you use.

CNC cutter – (optional) I wish I’d used one for all the drilling!

Center punch – with a sharp tip

File or belt sander – to deburr and round aluminum edges

Rubber Mallet – (optional) to flatten the aluminum if you bend it 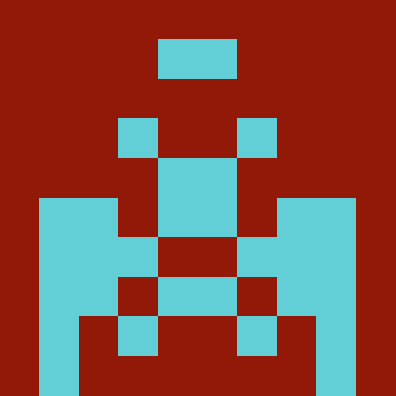