Lisa Winter Goes Back to Her Maker Roots on BattleBots

When Lisa Winter was a little girl growing up in Wisconsin, her dad attended the first BattleBots competition. By 1996, when she was ten years old, she decided she was ready to join the fray.

“I’ve seen what works and what doesn’t work,” she recalls thinking, “and I want to build one.”

That led to countless pencil sketches on yellow legal pads to experiment with her own designs. Based on her drawings, she would arrange hardware components to get what she wanted, then bolt everything together. She competed from 1996 through 2001.

It was then that she moved to Northern California, where she still lives. Winter kept on building, working with her father to create new robots as a summer job when school let out. She ended up studying art at U.C. Santa Cruz, but without any real plan for what she wanted to do. Robotics won out. “The robot hobby was what really determined my career path once I got out of college,” she says.

These days, she’s still drawing and rearranging parts before she bolts them all together, except she’s designing in Autodesk Fusion 360 and milling her own parts on a Tormach CNC machine. In her day job, she’s an engineering project manager at Sproutling, a startup recently acquired by Mattel that’s developing a wearable, sensor-laden ankle band for infants — like a baby monitor crossed with a FitBit.

Return of the BattleBots

When ABC announced it would bring back the cult-hit show BattleBots for 2015, more than a dozen years after it went off the air for Comedy Central, Winter plunged right in. She teamed up with her father to create the shimmering Plan X, which went 1–1 in that season’s competition.

For Season 2, Winter returned to a design she first used at age 14 — the ladybug-themed Mega Tento. The bot she made way back then was 4 feet across and weighed 60 pounds; today’s version is 5 feet across and 250 pounds. Winter laughs when she emphasizes, “It’s mega.”

The playful exterior shell, built from a child’s plastic sandbox, conceals a massive aluminum frame and a heavy-gauge weapons assembly. Once the shell engulfs a competing robot, Mega Tento’s 8-inch-thick circular steel blade whirs away at it, ripping or crushing whatever it can.

Given how many makers she knows, Winter had no problem assembling this year’s team. “All my friends are robot builders,” she says, “and it’s just normal life for me.” Her dad “joined up instantly,” and she found her weapons guy, Ryan Hasty, when they were both hanging out in the Berkeley workshop of Autodesk CEO Carl Bass.

Happiness Is a Well-Stocked Workshop with Great Music

Winter’s own workshop is the place where she can relax, find her flow state, and tinker while the music blasts. (She says she listens to “everything,” but one of her favorites is Pandora’s Die Antwoord station: “It’s like robot music.”)

Last season she had no sponsors, but this year Fusion 360 and Tormach both signed on to support her team. She used them in tandem to design and cut out parts for Mega Tento, and she waxes eloquent about geeky details like the ability to import bolt designs directly from the McMaster catalog into the design software.

“I have this practical knowledge of how tools work, how to put things together,” she says. Given her many years of work experience and what she does in her day job, that skill set now extends to areas like project management, marketing, fundraising, and social media.

“It’s like learning how to do a startup, but it’s disguised as a hobby,” she adds. “I’m the brand and my robot’s the product.” She acknowledges that “everything from the business side of it can be overwhelming . . . And there’s a timeline that can’t budge — that’s the hardest part.”

No Rest for the Weary Competitors

Stress runs high during the BattleBots season. Getting ready for competition, Winter will put in a full day at the office, then work in her own shop until 2 a.m., plus full-time on the weekends.

It’s even more intense once the cameras are rolling. ABC airs one episode per week, but all of the filming is done on a much tighter schedule. After a match, Winter and her teammates have to fix all the damage to their robot, make any adjustments they can, and then be ready to fight again in two or three hours. “There’s no sleeping or eating for the entire session.”

As for the level of competition, Winter says that “BattleBots really has evolved a lot.” She says it compares to any other sport: As it gets more popular, more people want to be on TV and win, especially considering the prize money now available. She contrasts it to the early days of gatherings in a warehouse, with competitors “throwing around RC cars with drills and handsaws duct-taped on.”

The technology has come a long way. Better batteries, speed-controllers, and motors help a lot, as does better design software. Winter now uses 3D modeling and simulation to find weak points in her designs, 2D printing to make precision templates, and 3D printing to test new parts. She thinks that “there’s really the opportunity to make these robots much more competitive.”

She describes herself in the moments before a match as being super-focused on addressing every single detail on her ‘pre-fight’ checklist. It all comes down to the three minutes in the ring, which Winter finds completely absorbing. But she also enjoys the camaraderie with her BattleBots competitors.

She laughs and adds: “We all help each other, except when we’re beating each other.” 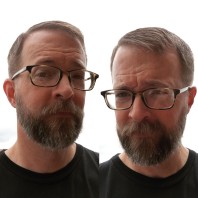 Tim has been writing about technology as a journalist, analyst, and marketer for more than 15 years. He enjoys reading (fiction, science, history, business, you name it), lifting weights, traveling, spending time with his family, and hiking the trails in his hometown of Austin.