The past decade has seen the sudden, dramatic appearance of community spaces offering public, shared access to high-end manufacturing equipment. These spaces are interchangeably referred to as hackerspaces, makerspaces, TechShops, and FabLabs. This can lead the intended audience to become incredibly confused as to why there might be so many names for a single concept. I’d like to take some time to untangle the mess, explain the concepts behind each title, and talk about why I now make significant distinctions between all of these types of spaces.

Let’s start with the hardest to untangle – what’s the difference between a Hackerspace and a Makerspace?

I’ll start by saying that there are many people “in the know” who don’t make any distinctions between the term ‘hackerspace’ and ‘makerspace’. Truth be told, these people usually associate themselves with hackerspaces. I personally find that I need to differentiate between the two, because at this point the concepts and representations behind the words have diverged significantly for me. Let’s start with a little bit of history on hackerspaces, both paraphrased from Wikipedia and drawn from personal knowledge.

The concept of a hackerspace started in Europe (anyone recognize the German linguistic construction?) as a collection of programmers (i.e., the traditional use of the term ‘hacker’) sharing a physical space. One of the first independent hackerspaces to open its doors was a German space known as c-base that opened in 1995; it currently boasts a membership of over 450 people, and is still active to this day. In August of 2007 (12 years after the European trend got started), a group of North American hackers visited Germany for Chaos Communication Camp, grew excited about the possibilities of having similar spaces in the United States, and came back to found NYC Resistor (2007), HacDC (2007), and Noisebridge (2008), to name a few. These spaces soon started adding electronic circuit design/manufacturing (directly related to their initial focus on programming) and physical prototyping to their lists of interests, and started expanding their offerings to include classes and access to tools via membership payments to pay the bills. Interestingly, the definition of the terms ‘hacking’ and ‘hacker’ started expanding to include working on physical objects as these spaces grew in popularity, and sought to differentiate themselves from the largely negative connotations of the term ‘hacking’ presented in the mainstream media. These spaces produced a couple of revolutionary businesses, including the well-known MakerBot Industries (born out of NYC Resistor), which is now in the process of dramatically changing the 3D printing industry.

Dale Dougherty summed up the difference between making and hacking best for me during his keynote presentation at our How to Make a Makerspace event this past February; he said that before he founded MAKE Magazine, his original intention was to call the magazine HACK. When he presented the idea to his daughter, however, she told him no – hacking didn’t sound good, and she didn’t like it. Dale tried to explain that hacking didn’t have to just mean programming, but she wasn’t buying any of his arguments. She suggested he call the magazine MAKE instead, because ‘everyone likes making things’.

Dale’s anecdote sums up how I feel about the term ‘hacking’. To me, ‘hacking’ and ‘hacker’ are fundamentally exclusionary; whether they refer to the traditional act of programming to defeat or circumvent existing systems, or the act of working with physical parts, there’s a basic understanding that ‘hacking’ refers to a specific subset of activities that involve making existing objects do something unexpected. No amount of cajoling on my part will get a professional artist or craftsman unfamiliar with the terms to call themselves a ‘hacker’, or their vocation ‘hacking’; in fact, if I were to say “I like how you hacked that lumber together into that table” to a professional woodworker at Artisan’s Asylum, I would run the significant risk of insulting them.

When I started Artisan’s Asylum in 2010, I was always uncomfortable calling it a hackerspace. I frequently used the awkward phrase ‘community workshop’ to describe our organization, for no other reason than I had no easy phrase for what I wanted the space to be. I modeled the space after the always-open workshops and tight-knit creative community at Olin College, my alma mater, with the intention that anyone should be able to make anything at any time out of (almost) any material; the original goal of the space was to democratize the act of making something from scratch as well as you can (whatever it may be) – not repurpose what already exists. At some point, I heard the term ‘makerspace’, and started using it as an easy way of describing what we were doing.

Once I heard the term ‘makerspace’, I started mentally categorizing hackerspaces and makerspaces differently. In my mind, hackerspaces largely focused on repurposing hardware, working on electronic components, and programming. While some spaces did work with more media and craft than that, the tools and spaces dedicated to those craft were often seen as secondary to the mission of the space. To some extent, hackerspaces also became associated in my mind with tendencies towards collectivism, and radical democratic process as a method for making decisions – an inheritance from European hackerspaces and early American hackerspaces like Noisebridge and NYC Resistor.

Makerspaces, to me, became associated with a drive to enable as many craft to the most significant extent possible. The different types of craft spaces involved weren’t considered afterthoughts, they were considered the whole point; whichever craft were represented in the space were represented with well-considered shop layouts, significant manufacturing infrastructure such as high-voltage electricity and ventilation, lots of supporting tools dedicated to each craft type, and appropriate tooling to accomplish a variety of projects. Each craft area could be used both by hobbyists and professional craftsmen alike, and the act of hosting multiple types of craft in the same space was the magnetic attractor to everyone involved. More often than not, the spaces were structured along the lines of traditional businesses (instead of democratic collectives), due to the significant expense and energy involved in maintaining multiple types of professional-grade craft areas and training new members to use the tools responsibly. Examples of makerspaces in my mind included Artisan’s Asylum, MakerWorks, and the Columbus Idea Foundry, to name a few, and spawned such companies such as Pebble and Square.

These are the two easiest titles to untangle, for a very simple reason – they’re trademarked names! Referring to a space as a ‘TechShop’ or ‘FabLab’ when it’s not affiliated with either business or program is like calling every tissue Kleenex.

TechShop is the name of a chain of for-profit spaces started in 2006 in Menlo Park, California, that calls themselves “America’s First Nationwide Open-Access Public Workshop”. Before the terms ‘makerspace’ or ‘hackerspace’ were widely known in the United States, TechShop was offering public access to high-end manufacturing equipment in exchange for membership fees. TechShop has always focused on providing public access to a variety of craft areas with supporting equipment infrastructure; all of their facilities include woodworking, machining, welding, sewing, and CNC fabrication capabilities, to name a few.

FabLabs are a network of spaces started by Neil Gershenfeld at the Center for Bits and Atoms in MIT’s Media Lab around 2005, inspired by an MIT course called How to Make (Almost) Anything. The founding principle of a FabLab is that there is a core set of tools (including basic electronics equipment, a lasercutter, a vinyl cutter, a CNC router, a CNC milling machine, and more) that allow novice makers to make almost anything given a brief introduction to engineering and design education. FabLabs have a very specific set of space requirements (often sufficing with 1,000- to 2,000-square feet), required tools (specified exactly by model and type), supporting software for said tools, and curriculum, and can be thought of as a kind of franchise (though MIT retains little to no control over the actions of local spaces). FabLabs are required to be open to the public for little or no cost for recurring periods through the Fab Charter, frequently teach children, and are most often run by local non-profit organizations.

In my mind, both TechShop and FabLab are makerspace franchises; they focus on creation from scratch, through multiple types of media. Ironically, both came into being before the term ‘makerspace’ was widely used, and as such their trademarked names have more staying power right now than the overarching term.

Some people may argue that I’m quibbling and making distinctions where there are none to be had – to each their own! Personally, I find this kind of categorization and description helpful when I think about the different kinds of spaces that are out there, and what they’re fundamentally trying to do. I think traditional hackerspaces that focus largely on electronics and programming appeal to a certain group of people, and that’s great. I think makerspaces, as I’ve laid them out here, represent a far more mainstream vision of a publicly-accessible creative space, and have a unique set of draws and distinctions. Hopefully these distinctions help you think about what kinds of creative spaces you’re interested in, and how you can start or join such a space!

47 thoughts on “Is it a Hackerspace, Makerspace, TechShop, or FabLab?” 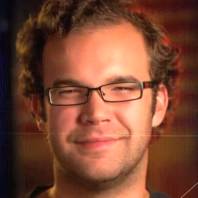