Working Through the 5 Steps of Design Thinking

In the Product Design program at Stanford, seniors have the opportunity to walk through the entire design process, from conception to execution, over the course of six months. Design thinking is an approach to creative problem-solving that uses a framework that begins with building empathy. The goal of this process is to fully understand the deeper needs that a person or group faces in order to uncover the heart of the problem in order to create a truly meaningful and effective solution.

Through this iterative process, ideas are modified and refined based on the reactions of the users and any new insights that may have come to the surface. Through each step of the prototyping process, it is critical to put the solution in front of as many users as possible in order to validate the thinking and guide the ideation to the best solution.

That’s the basic framework for design thinking, this is what it looks like when three seniors actually apply it in the real world…

Our journey began with finding a user group that inspired us. After meeting and exploring our shared interests, we decided single moms would be the perfect user group for us. Though none of us were raised by single moms, we greatly admire the efforts it takes to be a sole provider and parent in a household. Often single mothers are pressed for time and money, so they need a product that will be affordable, simple, and easily integrated into daily life. Areas we wanted to explore were mealtime, dating, and the general logistics for daily life.

We spoke to a broad range of moms and each unique situation brought up unique needs, making it even more clear to us how important scope would be when delving into needfinding. It was difficult to accept that we would not be able to address each pressing need. Some needs are far beyond the scope of our abilities and our project. The stories were helpful in shaping our understanding of the variety of circumstances in which these mothers find themselves. We knew from our interviews that we wanted our user group to consist of moms with kids in elementary school, specifically between the ages of 5 and 11.

After interviewing parents, we sat as a group and tried to come up with some of the critical needs we saw that we could try to address. After some mind mapping, we came up with a few ideas that we thought could be useful. One of the critical insights we uncovered during this process is that moms tend to feel that the time spent with their kids is sacred.

We built some prototypes, tested, refined, tested again, and repeated the cycle. It wasn’t until we relistened to some of our interviews that the lightbulb went off: moms, and dads alike, could be using their time spent cooking to bond with their kids. A few interviews led us to the realization that kids want to be involved in the kitchen, and it’s hard for parents to know how to bring their kids into the cooking scene. The idea for a kid friendly cookbook stemmed from the insight that kids need to learn how to cook, and parents want them to be self-sufficient. But what we didn’t expect was that the time spent together in the kitchen was more valuable to both parties than the learning process.

Our first idea was to separate the recipe specifically into parent and child roles. We iterated with a good friend and her son to see if we were even in the right ballpark. We got great feedback. The recipe itself ended up losing her son’s interest pretty early on, and we realized that we needed recipes that would be interactive and give the child engaging tasks.

If at First You Don’t Succeed…

We then developed a more engaging recipe: Shish Kebabs. The recipe was a hit! We ended up testing this one with a handful of families to confirm that we had a valuable idea worth pursuing. One of our professors volunteered as a user tester, and when he asked his daughter what her favorite part was she responded, “Spending time with daddy.” That’s when we knew this was about more than teaching kids to cook. This was a way for parents and their kids to come together after a long day and spend quality time doing something fun; the cooking education is just a supplement.

The design thinking process is as exhaustive as it is rewarding. When it’s applied properly, the solutions can be powerful and prove to be incredibly useful for many, with a scope that reaches further than those at the heart of the design.

We’ve created a book that we’re incredibly proud of and we’re excited to share it with the world! If you’d like to get our cookbook, be sure to check out our Kickstarter campaign. 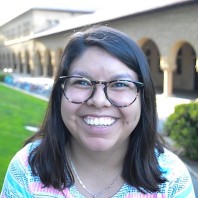