Can Makerspaces Transform the Chinese Economy?

Shenzhen—the city made famous by its booming manufacturing industry and the engine of Chinese economic growth over the past few decades — is a sprawling region of plain, gated factory buildings and high-rise towers. But set foot in OCT LOFT, the city’s ultra-chic arts-and-design district, and you’ll get a taste of a new and different economy. The hiss of latte machines and live jazz are the soundtrack here. Boutiques featuring handmade items fill repurposed industrial buildings alongside bars and restaurants. Murals brighten the exterior walls, and eye-catching sculptures line the brick sidewalks. On the second floor of Building A5, a cheerful, glass storefront with lime-green walls displays books, toys and curious electronic gadgets. This is Chaihuo, Shenzhen’s first makerspace.

Re-opened in January, after outgrowing its space in SEEED Studios’ across-town offices, Chaihuo is one of about a dozen new maker spaces in China. The first, XinCheJian, appeared in Shanghai in 2010, followed shortly by others in Beijing, Hangzhou and other cities around the country. Several more new spaces are opening this year.

As I reported for Selamta magazine, Chinese makers face a different set of circumstances and challenges than Western makers, ranging from economics to cultural factors, but the maker movement has caught on quickly. In part, that’s because many see maker spaces as a key piece of the puzzle that is the future of the Chinese economy: If China won the manufacturing game, it’s still lagging behind the West when it comes to original creativity. Makerspaces are becoming an important tool for cultivating a community of independent, creative entrepreneurs.

2 thoughts on “Can Makerspaces Transform the Chinese Economy?” 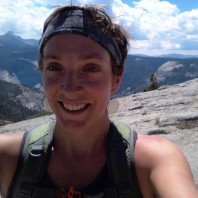 Freelance writer based in San Francisco and Guangzhou, China. Writing about innovation and the environment.