The maker movement is moving along full throttle, with things like Maker Faire Rome (European Edition) coming up, posters that say things like “Make Something Today” popping up literally everywhere I turn around (at least in Toronto), and companies that could be considered the “fathers” of the maker movement (e.g. Arduino, MakerBot, Atmel — the makers of the chips on Arduinos, etc.) making big waves in the media and the marketplace, creating new industry and disruption. It seems to me like making is taking over the world — and beyond. I recently found out about a number of awesome projects that makers have created for space, such as 3D printers for space (by friends of mine with a company called Made in Space).

A great recent example of this is Atmel coming together with ArduLab to create the world’s first true open source platform for making space experiments, enabling anyone to send objects/experiments to space and then get data and video from the journey for under $5K. Applications of this technology include things like sending a plant into space to see how it grows, fun/silly things like sending engagement rings to space and back or making music videos of stuff in space, and sending a 3D printer to how it performs in zero gravity. They’re working on the ability for users to control objects like this remotely and see them in real-time from the ground. Since the platform is controlled by Atmel’s popular ATmega2560 microcontroller, it can be programmed just like an Arduino. In fact, using Atmel chips is one of a number of similarities between Ardulab and Made in Space — another is that fellow alumni of NASA’s Singularity University run both.

ArduLab is doing their first launch on September 17, launching both their startup and their first experiment into space on the same day. ArduLab cofounder Manu Sharmas says, “We just have been notified that we are ‘go’ on a launch slot for an ArduLab to the International Space Station in a commercial spacecraft (the Antares Rocket/Cygnus spacecraft developed by Orbital Sciences Corporation). After Cygnus spacecraft docks with ISS, astronauts will unload the payload including the ArduLab and install it inside a rack that is connected to a computer. It will perform experiments and test new technologies currently in development.” I was lucky enough to have the opportunity to have my name engraved into the first launch object — so although I won’t be going to space (yet!), my name will (see photo above).

This launch will be a big milestone for the maker movement, and usage of ArduLab will be very accessible to your everyday maker. Manu says, “With the help of Atmel, we have been able to launch space programs that are full package that includes nuts and bolts to ArduLab and a launch to space on a suborbital vehicle. With under $5K, any high school or university can transform their classroom into a space lab with all the students involved in designing and building projects, which later will be launched to space.” With the new functionality they are creating, “educational institutions can create curriculum around running real space experiments and every single student or researcher can personally run an experiment aboard the ISS and interact with ArduLab in near real time.”

There are and will be hundreds, thousands, and maybe millions of Hewlett Packards and Steve Wosniaks — although they strived to get PCs and computing into the personal home, now makers are striving for the far reaches of space and research and everything in between. With the passion and love of creating that makers have, there is a bigger intellectual and human-spirited movement happening where people are doing things that they love and that have great meaning. The skills that people are learning through participating in the maker movement (e.g. 3D printing, programming an Arduino, or building an R/C quadcopter) are translating into projects with a huge positive impact on the world. Innovation cycles are being shortened, startups are being born, and the Internet of Things is alive and well. To maker infinity, and beyond!

[Disclosure: I am friends with the founders of Made in Space and ArduLab. I am also a Maker Evangelist for Atmel, ArduLab, and others.] 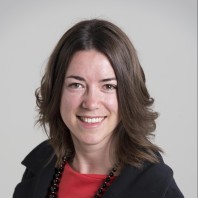 Wow, this sounds like a MAKE article! Our thoughts are with the Discovery crew! Once there, he’ll tug out the ceramic-fabric filler with his gloved hands. If that doesn’t work, he’ll use a makeshift hacksaw to cut away the material, which is sticking out about an inch from two spots near Discovery’s nose. The saw was improvised out of a blade, plastic ties, duct tape, Velcro and other items aboard the space station. [via] Link. Note from the administrator: This link is no longer active.

3 thoughts on “MAKERS in space…”