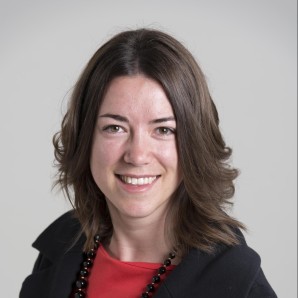 Jennifer Turliuk is the Co-Executive Director (Business) & Chief Happiness Officer at MakerKids. Jennifer’s work has been featured in the New York Times, Forbes, Huffington Post, Fast Company, CBS national TV, and more. Her career highlights include doing marketing and PR for the Matterform 3D Scanner crowdfunding campaign (which raised over $471K – the most-funded Indiegogo campaign outside the US), helping build a 3D printer for a music video, launching an SMS-based disaster relief project during Hurricane Sandy, being selected as a Startup Chile entrepreneur (as part of a program run by the Government of Chile to foster entrepreneurship locally), creating her own self-education program which involved being 1 of the top 6 finalists in a competition to shadow Dave McClure of 500 Startups, leading the Canadian launch of Tide Pods (P&G’s biggest launch in 27 years), running Canada’s largest business plan competition (the Queen’s Entrepreneurs’ Competition), writing one of Forbes Greatest Hits articles, speaking on a panel discussion with Peter Thiel (founder of Paypal), doing a TEDx talk in Spanish, being invited to join MaiTai (a group of pro kiteboarders and entrepreneurs), and DJing for Red Bull. She attended the Graduate Studies Program at NASA’s Singularity University and business school at Queen’s University. In her spare time, she does independent marketing and strategy consulting and enjoys salsa dancing, extreme sports (such as kiteboarding), improv, 3D printing, and building electronic creations. Follow her on Twitter: @jenniferturliuk.

7 Cornerstones of Making with Kids

Toronto-based MakerKids is one of the world's only makerspaces specifically designed for kids, and many people have asked us to share our recipe....

Two Maker Moms Discuss the Importance of Making for Kids

Here are two videos from Maker Moms, telling us how they foster making with their kids.

How to Remake the World by Making with Kids

Insights from MakerKids, one of the world's only makerspaces for kids.

The maker movement is moving along full throttle, with things like Maker Faire Rome (European Edition) coming up, posters that...