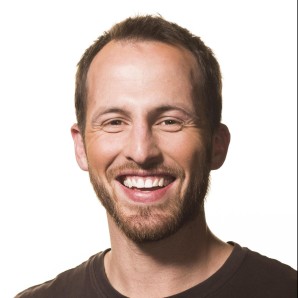 Co-Founder of OpenROV, a community of DIY ocean explorers and makers of low-cost underwater robots. Author of Zero to Maker. And on Twitter!

It's always been the rule benders and breakers who push the boundaries of possibility. And the current surge of amateurism...

The Blog from the Sea of Cortez

In true maker fashion, a group of DIY explorers begin their expedition to the Sea of Cortez. Adventure, insight and...

Makers: the New Explorers of the Universe

Makers are moving out of the garage and into the physical and natural worlds. Who makes the rules in this...

As much as the headlines like to focus on 3D printing, robots, and new manufacturing companies, there's actually a more...

OpenROV secures $1.3 million in VC funding and announces a new version of its underwater robot.

The AFRON Ultra Affordable Robotics Challenge is underway. What could you make for less than $10?

Crowdfunding has become such an integral part of the maker experience that sometimes we forget how young of an idea...

Kickstarter: If at First you Don’t Succeed…

What happens if your Kickstarter campaign fails? Then break your product down, figure out what actually works, and try the...

A timelapse of one maker's Maker Faire experience.

John Cumbers and a team of synthetic biologists are offering a one-day course on the subject in San Francisco. The...