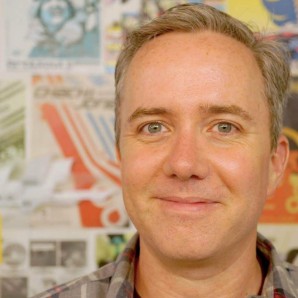 Update 08/21/15: The project creator has uploaded the enclosure templates as downloadable Illustrator and EPS files on GitHub, and we now have...

Build a Drawbot from Two CD Drives and a Raspberry Pi

Learn how to create your own drawbot: a portable CNC plotter using two old CD drives, a servo, and a...

Jeffrey Kerr (aka Lobo CNC) is on a mission to make the cheapest DIY 3D printer possible. His current design...

CNC Your Own Star Wars AT-AT

The AT-ATrinket is a functional and decorative Star Wars AT-AT-shaped box cut from MDF using a CNC router.

Design Your Own Cardboard Pinball Machine

A new kit allows kids and pinball fans a chance to design their own desktop pinball machine out of cardboard.

This 3D-printed toy uses a flywheel filled with pennies to walk like nothing you've seen before. The open-source 3D printed...

Don’t let the limited features of your car’s dashboard get you down. Here are nine projects that will help you...

Turn Your iMac Box into an Incredible Drawbot

Learn how to take an Apple iMac computer box and recycle it into a computer-controlled robot that can draw artwork.

Parrot announces an updated line of their Minidrone series, including affordable toy drones that roll, jump, fly, and float on...

Miss Tickle Is a Whimsical Puppet You Can Ride

Ride along with Baron von Jabba and his Creature Quad creation Miss Tickle at Maker Faire 2015.