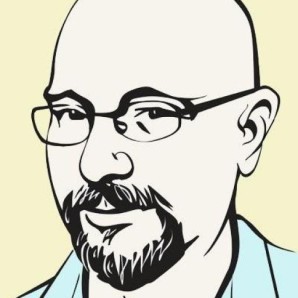 Gareth Branwyn is a freelance writer and the former Editorial Director of Maker Media. He is the author or editor of over a dozen books on technology, DIY, and geek culture. He is currently a contributor to Boing Boing, Wink Books, and Wink Fun. And he has a new best-of writing collection and “lazy man’s memoir,” called Borg Like Me.

Spicy Gadget Rolls has some basic tips on extending the life of Lithium-Ion (Li-ion) batteries, commonly found these days in...

Yasutaro Mitsui with his steel humanoid, circa early 1930s. Dig those crazy vacuum tubes… Robot of the day – Link

Barebones Arduino on a breadboard

Here is a truly barebones Arduino setup. Just the Arduino chip and a few support parts. This has to be...

HOW TO – Make an aux-in for the Bose SoundDock

Will O’Brien posted this short how-to on Hack A Day because he says the site gets quite a few hits...

Crabu sent us a link to this mate of his, David Wegmuller’s, latest project, a steam train that carries its...

Make pal I-Wei Huang, a.k.a. Crabfu, the steambots guru, was interviewed by Bonnie Burton for the Official Star Wars Blog…...

HOW TO – Tell Temperature with Crickets

The always-entertaining Robert Krulwich had a fun segment on ABC World News Monday night about using cricket chirps to calculate...

Made On Earth — Hacker of Yesteryear

One day Jake von Slatt looked at a Western Electric Bell Model 500 rotary phone and saw its future as...

That’s no pile of trash; that’s my asteroid mining colony!