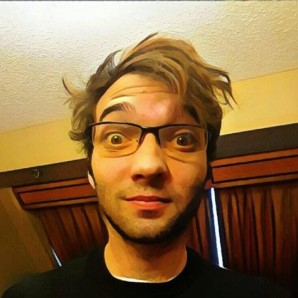 I'm a virtual reality, wearables, and technology art journalist who focuses on emerging trends in the maker, hacker, and inventor cultures. I like to travel around from place to place researching what is being made.

You may just need a costume by the end of the month, but there are thousands who live that cosplay...

This 4-Foot-Tall Robot Transforms into a Car in Seconds

Did you ever think you would live to see a real life transformer? This robot turns into a car, and...

Long-Distance Jammer Is Taking Down Drones

A large nonprofit research and development organization has developed a rifle, dubbed the DroneDefender, that attacks UAVs with radio waves.

You are the Ship in Immersive, Life-Size Asteroids Game

Human Meteors is an immersive re-creation of the classic Atari game known as Asteroids.

This Six-Person Arcade Really Brings the Party Together

Six was a special number because six guarantees meeting someone new.

This unique controller was created by Indie developer Alan Zucconi. It allows players to control a virtual spaceship by only...

DIY Engagement Ring: Carving a Piece of Wax Into a Lifetime of Happiness

This beautiful work of art was created by a guy named Davos that crafted it by hand for his girlfriend....

The XBOOK Duo: A Custom Gaming Console Ready for the Road

A guy by the name of Ed has created a beautiful custom gaming laptop that contains an Xbox 360 and...

This Tabletop Has Over 5000 Pennies Embedded In It

An Imgur user going by the name of CallofTheGame has made an extravagant table by gluing approximately 5,218 copper pennies to a door....