The BeagleBoard X15 is the latest embedded development board from the non-profit BeagleBoard.org foundation and it is one powerful, open source hardware puppy!

While the board has been a poorly kept open secret, with details emerging on various social networks and even coverage on a few blogs, the foundation has not released any official specifications until today.

This thing is seriously powerful. It basically doubles every spec on the BeagleBone Black. Here are the impressive specifications provided to Make: by the foundation:

The X15 will ship with a Debian Linux image on the eMMC, but you can set jumpers to change the boot priority, moving the boot order of the µSD or even eSATA ahead of the eMMC. I’m personally looking forward to hooking up a large disk and testing out the boot experience over eSATA.

The overall software experience with the board is the same solid experience as with the BeagleBone Black. The device boots straight into X windows, but you can change this if you prefer a straight to command line boot. Tons of packages are available and you can easily apt-get install more if you need them.

As the specifications reveal, the X15 is all about pushing the boundaries on a couple fronts. The sheer number of high-speed input and output packed into the 4″×4.2″ form factor is spectacular, and so too is the number of I/O that are actually broken out with easily accessible connectors. The majority of function specific ports are found along two edges of the X15.

THE COST OF COMPLEX DESIGN

Though the price has not been finalized, word is that the X15 will set you back between $199–$249. Before you clamor that you can buy a cheap computer for that price, consider the difficulty in accessing useful GPIO pins without rigging up crazy hardware hacks on a bargain PC or Chromebook. These tend to quickly become expensive and are not easy. (I’d love to be wrong on this point, so if you know a good, inexpensive hardware hack on a bargain PC, don’t be shy, put it in the comments below!)

On the version of the BeagleBoard X15 we received for testing the four banks of 60 header pins are unpopulated. Note that of the 240 exposed pins, only 157 of them are available as GPIO pins. You can see the four banks of exposed solder pads in the image above on the right and left edges of the board. In production boards the headers will obviously be populated with the appropriate headers for easy connection to accessory boards.

and the BeagleBoard xM, released in 2010. And like the two BeagleBoards before it, the BeagleBoard X15 focuses on packing a ton of processing power for both applications and graphics, plus delivering a wide variety of input and output connections to ease integration with other devices. This is a board targeting not only Makers, but also professional embedded engineers. The change in form factor also means that capes — i.e. accessory boards in the BeagleBoard ecosystem — that fit the BeagleBone boards will not fit the X15.

Gone too are the Black’s blue LEDs fit for an airport runway. In their place are the more subdued red LEDs that will not make you feel like you are at a rave.

The X15 is certainly a high-end development board for Makers, but it is not an unreasonable board to design even basic projects around. In the short time I have had to play with the board, a few of the project ideas that have crossed my mind are an all-in-one penetration testing device for network security, utilizing the two Gb ethernet ports, beefy CPU, and ease of adding Wi-Fi USB dongles. Another project angle is to use the the X15’s four PRUs and two M4 chips to build a crazy robot with tons of real-time control — perhaps a CNC or pick and place machine. An obvious project to try is a media center, since leveraging the power of the CPU, GPU, and ability to connect to eSATA drive just screams, “build a media center.” But what I really want to build is a portable BeagleBoard X15 outfitted with a battery, LCD, and mini keyboard — heck, the board is big, but it is a lot smaller than my laptop.

Once you get your hands on a BeagleBoard X15, what will you build? Tell us about it in the comments below. Who knows, your project idea just might inspire us at Make: to try our hand at building your idea.

Editor’s Note:  This article originally appeared during the launch or BeagleBone X15.

If you have board experience and want to scale up from other BeagleBone boards, the BeagleBone X15 could be a great fit for you. Just like former BeagleBoards the BeagleBone X15 has a ton of processing power for both applications and graphics, plus delivering a wide variety of input and output connections to ease integration with other devices. This is a board is not only for Makers, but also professional embedded engineers. 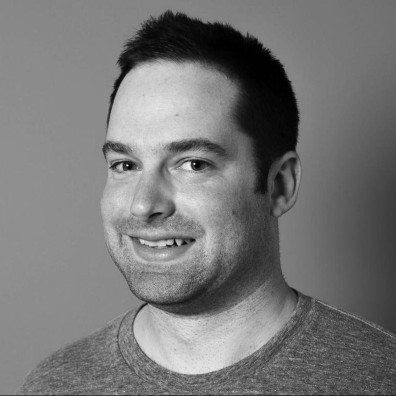