That’s how it began. My teenage daughters and I had just completed our new workshop, including some exciting new tools in our machine shop area, so we were on the prowl for our next big project. My daughters enjoy building robots of all kinds, but they especially love robots that are biologically inspired. So we decided to construct a creepy crawly creature that would utilize our machining skills to the fullest. We had no idea how challenging a project we had taken on!

We love the artist Theo Jansen and his strandbeests, so we decided to use a Jansen-inspired linkage design. Theo powers his mammoth PVC kinetic sculptures with the power of beach winds in the Netherlands, but we’re not in to sand and surf here in the mountains of North Carolina. We like gears and motors, so we went with a more steampunk feel.

After months of design, machining, experimentation, and assembly, we finally completed our Arduino-based 16-legged walking creature.

We put together a short video that shows her in action.

Theo gives his strandbeests scientific names with a genus of Anamaris. So we named our creature Anamaris Aluminalis because she’s made almost entirely out of 6061 aluminum.

Aluminalis has two sides. Each side is powered by a single gearmotor. The motor drives a set of gears that turn a crankshaft. The crankshaft consists of 49 discrete components. It was the most challenging part of the project, and it’s the key to the robot’s functionality. After some experimentation (and failures), we decided to use a square shaft to rotate four sets of leg linkages 90-degrees out of phase. We constructed the crankshaft out of eight CNC-machined crank arms, square high-strength copper shafting, round aluminum shafting, and 6-32 set screws.

Each set of linkages provides two legs that move in a walking motion. The square crankshaft (which rotates smoothly inside a set of ball bearings in the connecting segments) assures that the leg pairs stay separated but synchronized with each other so that at least one pair of legs is on the ground at all times.

There are four pairs of legs on each side of the robot connected by five aluminum segments and two long steel 1/8” shafts that hold everything together. Although the crankshaft and linkages that create the walking motion are complicated, the robot actually uses  a simple two channel motor controller and standard differential steering.

The completed Aluminalis robot consists of about 850 machined and electronic components. The girls and I have been having a lot of fun playing with her and programming her.

Be sure to check out our blog to see more of Aluminalis.

Aluminalis operates by remote control and/or in various autonomous modes, but we have noticed that her favorite spot is to hide beneath the cabinets in our workshop and then pounce on any smaller robots that make the deadly mistake of going by her lair. 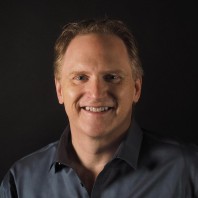