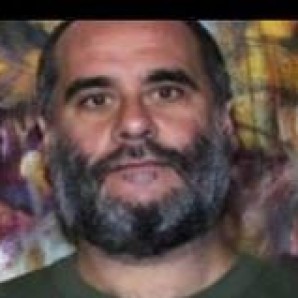 Jon Kalish is a Manhattan-based radio reporter, podcast producer and newspaper writer. He's reported for NPR for more than 30 years.

As a young sculptor fresh from art school, Wendy Brackman struggled with the problem of "selling out." In the video,...

20 DIY'ers from around the United States gathered at Derek Diedricksen's off-the-grid camp in Vermon't's North East Kingdom for a...

This slot-together mini-crib made was made with MDF forms cut on a CNC milling machine. The forms were than used...

With a URL to die for, the recently-launched diy.org attracted some 3,000 kids in its first week and a half...

When I visited the Open Source Ecology farm in Missouri earlier this year, I met an impressive young Canadian named...

A Peek Inside Etsy HQ

Jon Kalish gives us a brief tour of the handcrafted offices of Etsy's Brooklyn HQ.

Our special contributor, Jon Kalish, drives into Missouri’s corn and soybean country in search of the Open Source Ecology project.

The Making of a Truck Anti-Rollaway Device

Now a mechanic with just a year of community college under his belt has unveiled a system to prevent rollaways....

Plans are under way to start the first of five farms at Los Angeles high schools. Filmmaker Mark MacInnis, whose...