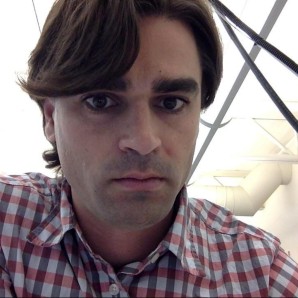 Autonomous Robots, Cars, and Drones… What Will You Do with Lidar?

As prices tumble, lidar is becoming the go-to tool for autonomous robotic vision — and its applications go well beyond autonomous...

Can You Figure Out How This Bike-Powered Water Pump Works?

The bike moves a rope equipped with white... chunks... through a PVC rig and pumps out an impressive stream of...

Every Star Wars Project Featured on Make: So Far (Over 100!)

We love Star Wars and you probably do, too. So here's every Star Wars project we've posted over the last...

Avoid Black Friday Crowds: 8 Projects to Do With Stuff You Have at Home

For #hackfriday, stick around the shanty and do one (or all) of these easy projects with stuff you've already got...

Why You Should Pay Attention to DARPA’s New Robotics Award

The current class of Autodesk Artists in Residence was bigger than ever, and their work was on display at Pier...

Hacking the brain is a frontier that's touchy to explore. But it's one where home-built gadgets can play an important...

It's just an egg, placed in a vulnerable position. "I thought it would be fun to pit a large metal...

"A badge of honor for magicians is to have created their own effects, their own illusions."

Space Jam Will Give Your Toast a Galaxy of Flavor

What do you get when you mix blueberry preserves with edible glitter? That’s right, space jam!