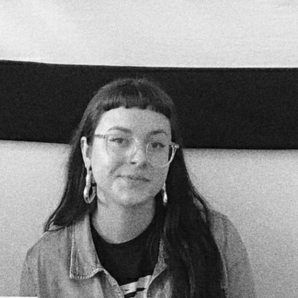 Sophia is the managing editor of the Make: blog. When she’s not greasing editorial gears, she likes to run, ride, climb, and lift things, and make lo-tech goods like zines, desserts, and altered clothing. @sophiuhcamille

Copenhagen-based artist Thomas Dambo's latest builds, The 6 Forgotten Giants, are hidden in locations around the world.

Craft This Turkey to Celebrate Gratitude on Thanksgiving

This arts & crafts project showcases everything you're grateful for on the feathers of a cute turkey.

The Forest Awakens with These Animal Stormtrooper Helmets

William Kang designed his own unique way of celebrating the release of Star Wars Episode VII: The Force Awakens.

Claire Smith recently went viral for her light-up prom dress, which she brought as an exhibit to World Maker Faire...

Victor Schantz wanted to create a community space — so he did. Two years later, he shares his journey of...

THAT’S A WRAP! Another incredible Faire is in the books. Those who sponsored, exhibited, and attended, thank you very much....

Jason Childress is a perfectionist whose attention to detail is seen in his woodworking. He's eager to attend Seattle Mini...

Arduino announced an acquisition today that will merge Arduino.cc and Arduino.org.

Will Atwood’s three-dimensional resin paintings have, on average, twenty layers. They change when looked at from different angles.