In this episode of Projects with Ryan Slaugh, we put a Raspberry Pi with an Alamode to work controlling a Pinewood Derby race track.  The aim of this design is to assist the race managers in keeping things running smoothly as well as giving accurate information about who won and the individual race times of each car.

This project is actually an update of an older build. The original system utilized an Arduino to monitor the sensors and control the LEDs. The user needed to connect via USB to the Arduino in order to get all the data – though it could be operated in stand-alone mode as well. The update brings the power of the Raspberry Pi to give the user more flexibility in applications to run the race (both off the shelf, freeware modifiable, and custom) as well as an easier connection via ethernet or even wireless if the Pi is so equipped. The Alamode handles the high-speed sampling and the Pi serves up the information and provides user control.

This project was extremely rewarding to do and very fun to use.  Luckily I was invited to participate in a Father-Daughter Pinewood Derby race where we could test everything out. 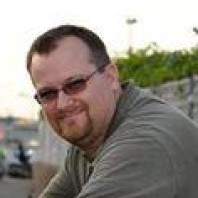