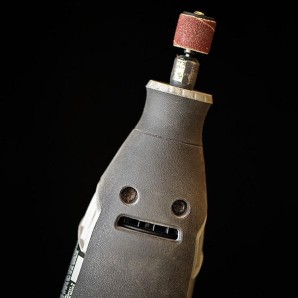 Gregory Hayes is a helpful being who has lots of fun. He makes most of his living as a photographer and writer, and occasionally tweets @mootpointblank.

Kamela Portuges and Lee Armstrong have been making puppets and performing together for over 25 years. Armstrong, who’d gotten her...

Don’t let a torn seam doom your veteran work jeans to the landfill. With just a few stitches, they can...

Made on Earth: The Stuffing of Dreams

The Island of Magnificent Toys

Made on Earth: Sing With the Wind

The Aeolus acoustic wind pavilion, named for the ancient Greek ruler of the winds, could be described as a sculpture,...

For the second installment in our new series, MAKE: Believe, we visited model maker Fon Davis who has had his...

A roundup of punk science projects and ideas.