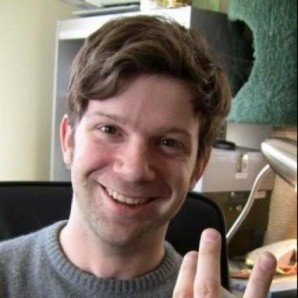 In addition to being an online editor for MAKE Magazine, Michael Colombo works in fabrication, electronics, sound design, music production and performance (Yes. All that.) In the past he has also been a childrens' educator and entertainer, and holds a Masters degree from NYU's Interactive Telecommunications Program.

It's a great feeling to look at something a maker brings to the Faire and know it's going to be...

My First Epic Failure was at Maker Faire New York

A story about a failed doomed cardboard moon, and a surprising exhibit that replaces it three years later.

I took some time to talk to kinetic sculptor Eric Hagan and what he'll be up to at Maker Faire...

What are Your Favorite Maker Faire Memories?

MAKE Asks: is a weekly column where we ask you, our readers, for responses to maker-related questions. We hope the...

If you Don’t Document it, it Doesn’t Exist

There are so many reasons to document your project that after considering all of them it seems silly not to....

RockPaperRobot: Furniture that Collapses and Snaps Back

At first glance the line of tables by RockPaperRobot come off as modern and sleek, constructed from small cubes. But...

Cross it off the list: This Robot will beat you at Air Hockey

And we'll tell you why that is important.

Drawdio is a simple electronic sound synthesizer build onto a pencil! Designed by Jay Silver, then a student in the...

This Weekend: The Crucible Opens its Molten Self to the Public

Check out an Open House for the Bay Area's coolest metal shop and teaching space.

"Your Projects" is a column that features some of the awesome creations our readers have been making. These projects from...