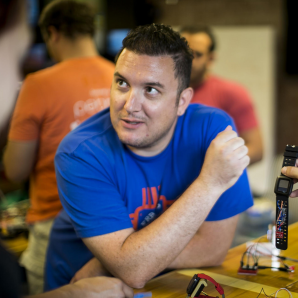 When the first maker-focused single-board computers (SBCs) from BeagleBoard and Raspberry Pi started appearing, it felt like a tiny revolution....

Protect your online self with these basic cyber security tips.

What do you get when you cross an Arduino with a Raspberry Pi Zero? That is a strange question, but...

Since its release in January of 2021, Raspberry Pi’s first silicon, the RP2040, has taken the microcontroller world by storm....

Join Us On May 25 For Our Make: Magazine Vol. 81 Launch Party

This Wednesday, May 25, we're hosting a virtual event on Zoom to celebrate the launch of Make: Vol. 81, which...